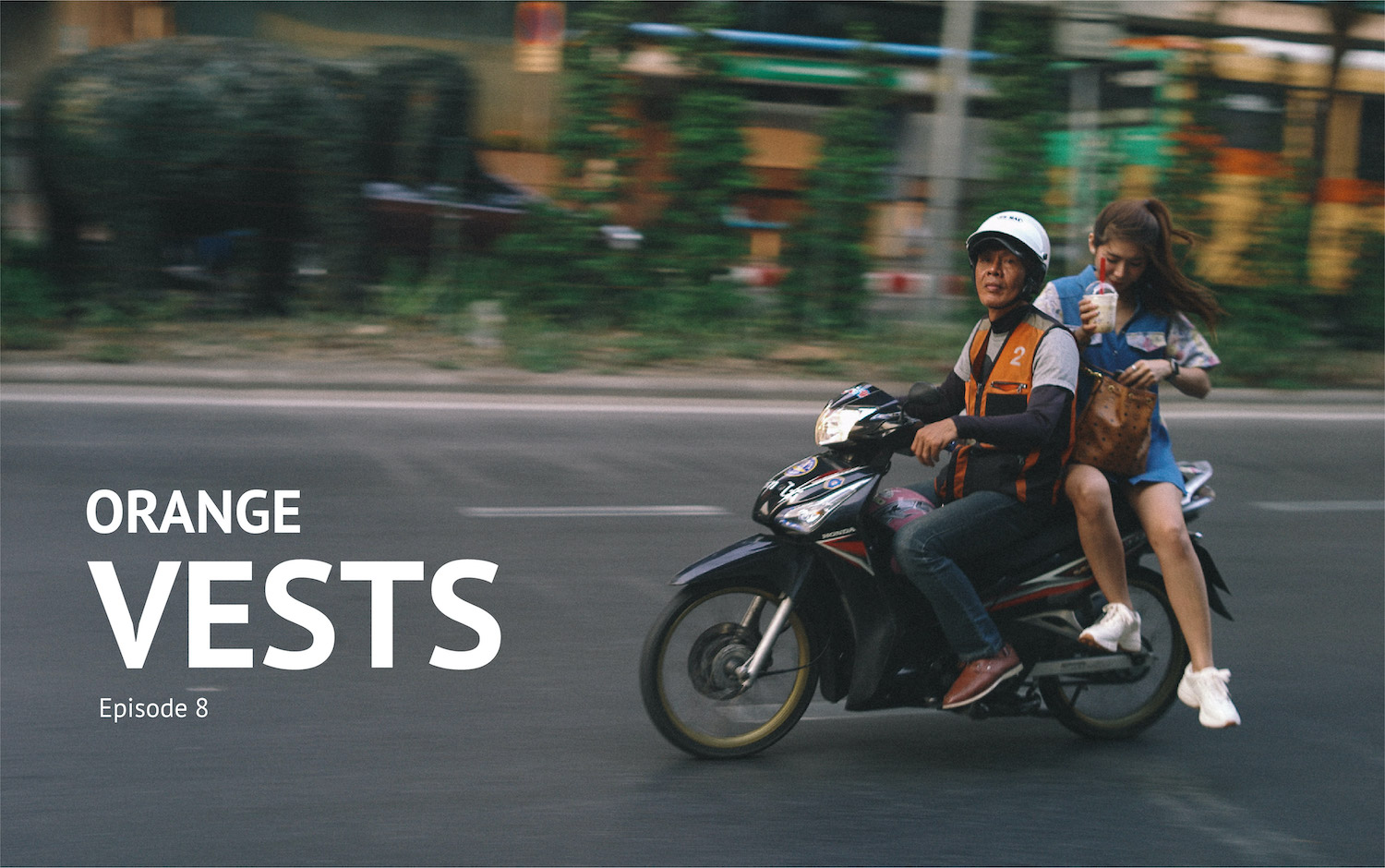 Quasi every driver has an accident story to tell, whether due to inconsiderate cars in traffic, or drunken passengers on the back of the bike. When asked how long they wanted to continue working on this job, the standard answers was: “Till it’s not longer possible.”

Every day, thousands of motorbike taxi-drivers nimbly maneuver their way through the hopelessly crowded streets of Bangkok. German photographer Andreas Brücker has portrayed the daily lives of these courageous service providers: In the interview with LFI – Leica Fotografie International he talks about risky exploits, the right timing to capture moving images, and photographing under extreme conditions.

The original interview can be found here. 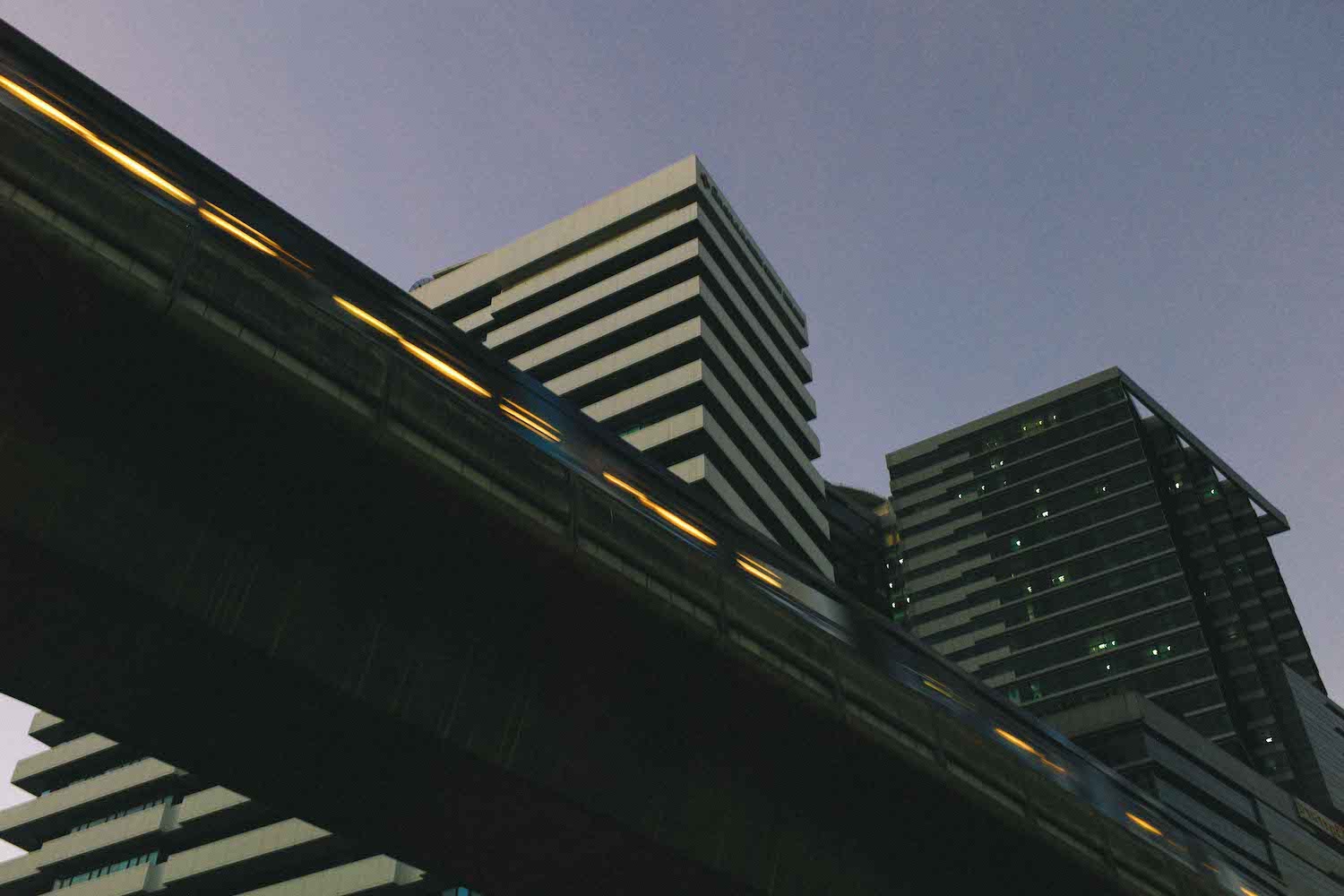 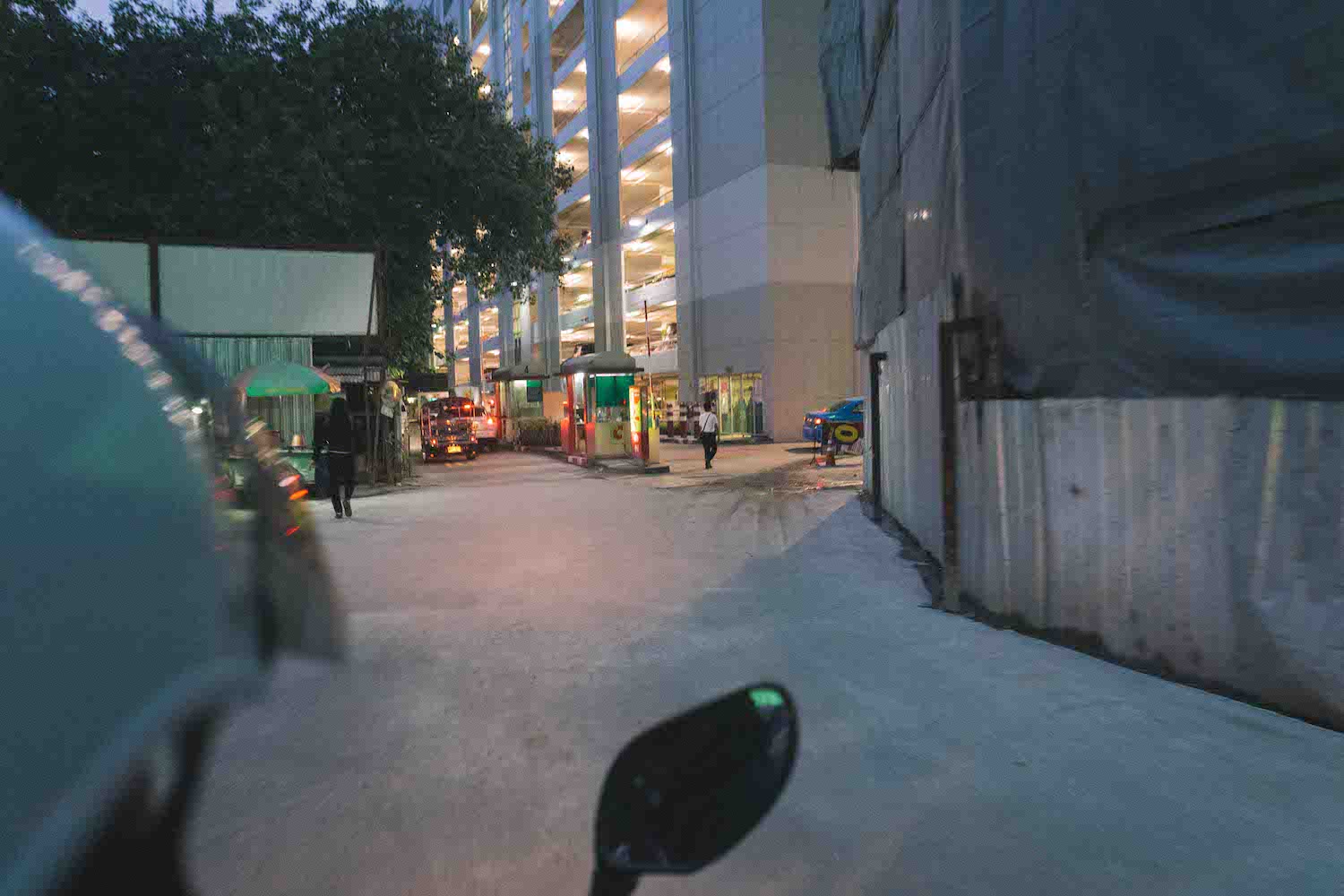 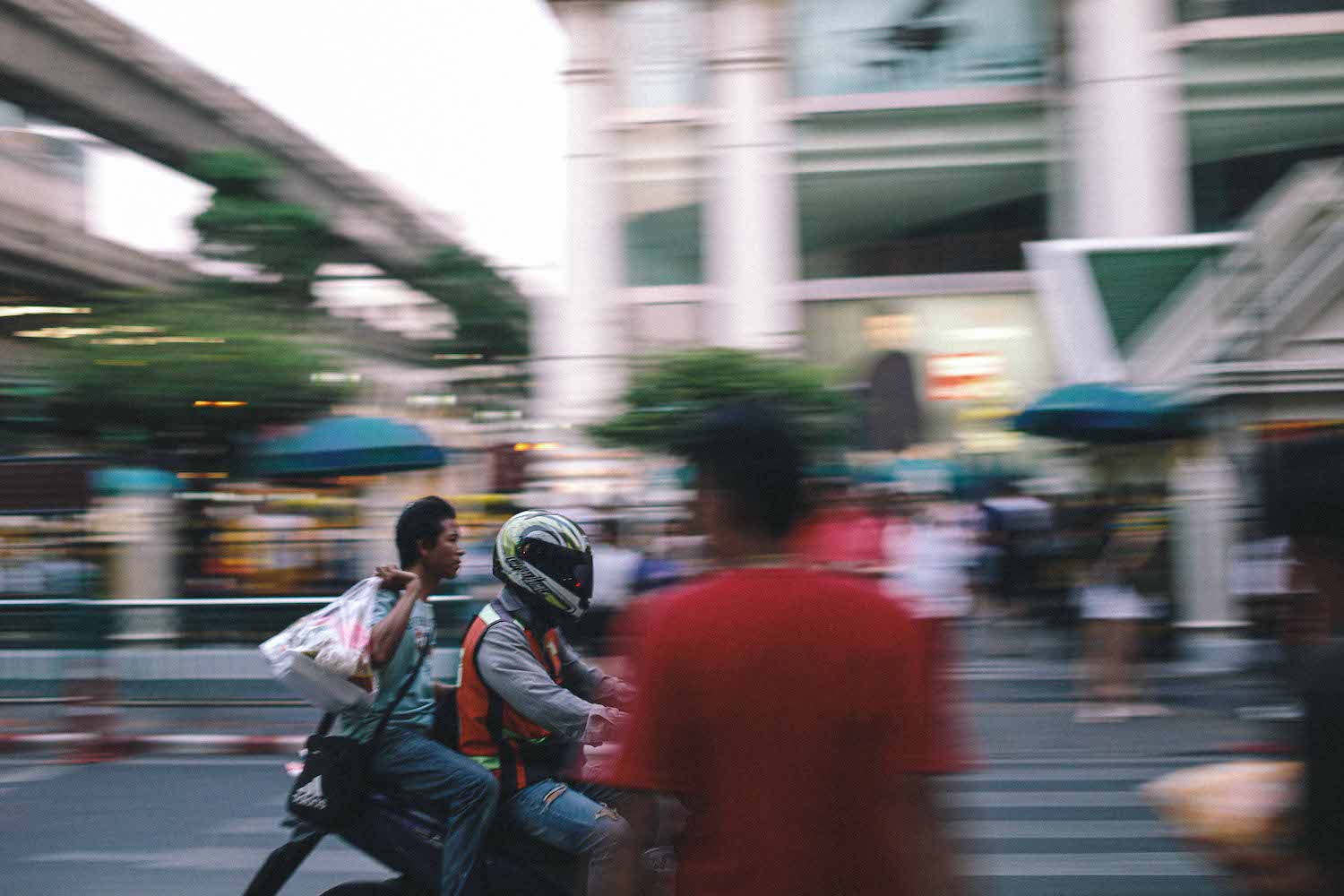 LFI: How did you come up with the idea of portraying motorbike taxi-drivers?

Andreas Brücker: Around six years ago, I worked for an advertising agency in Bangkok, and I often took a motorbike taxi to work. At times they’d zip through the crush of mega-city traffic, at up to 80km/h. I always found it an exhilarating experience. Because I used these taxis with a certain regularity, I soon connected with some of the, at times, rather odd drivers, and gradually became interested in their work and their lives. I took the first pictures during that time; and because I regularly spend time in Bangkok, it made sense to further observe and document these scenes.

How long did the whole project take, and what were the biggest challenges you had to deal with to complete it?

The project stretched over a number of years, though most of the pictures were taken between 2017 and 2020. As far as the work over there was concerned, there were a number of challenges: for a start, Bangkok is one of the hottest cities in the world, and the air and pollution create a sticky heat. The constant temperature of 30 degrees, the 90% humidity, and the exhaust fumes from the old bus and truck diesel engines, make it physically very hard;but it gave me a clear impression of the conditions the drivers work in.

There were also a variety of challenges when it came to actually taking the pictures. In addition to concentrating very carefully, so as to capture the speeding drivers at the right moment, you also have to take care not to be run over by the next, seriously overloaded truck, while standing in the street. Luckily it never came to that! 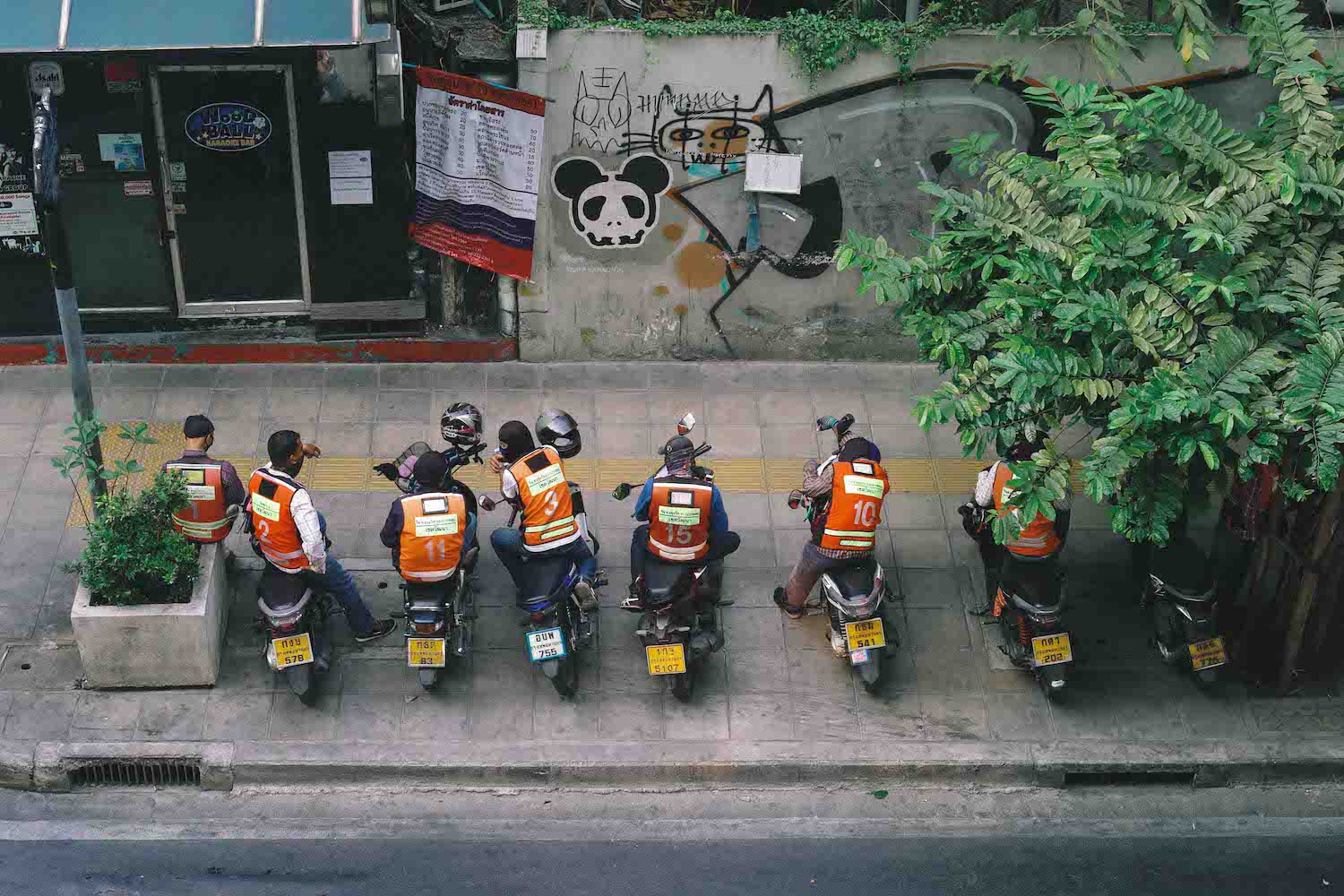 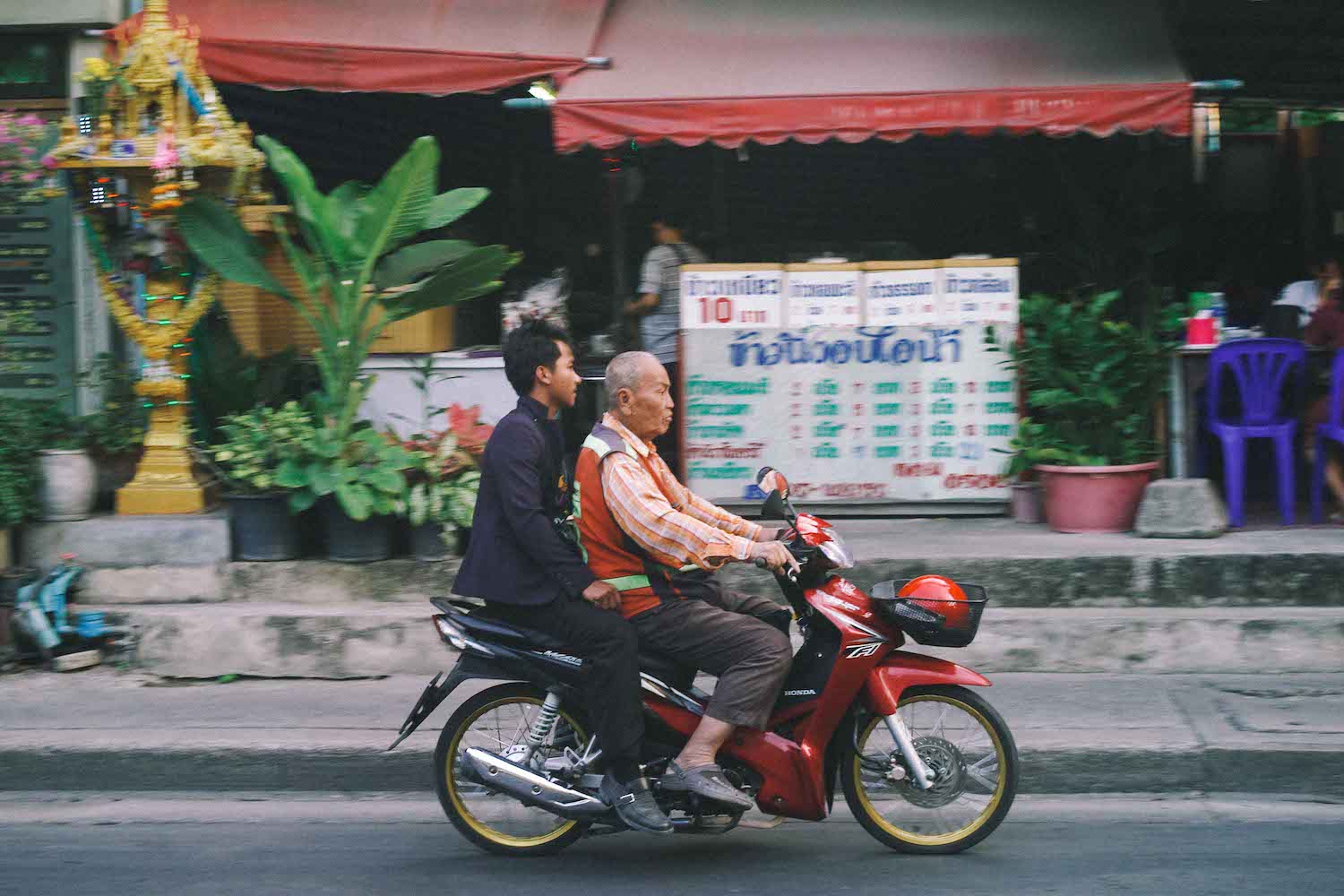 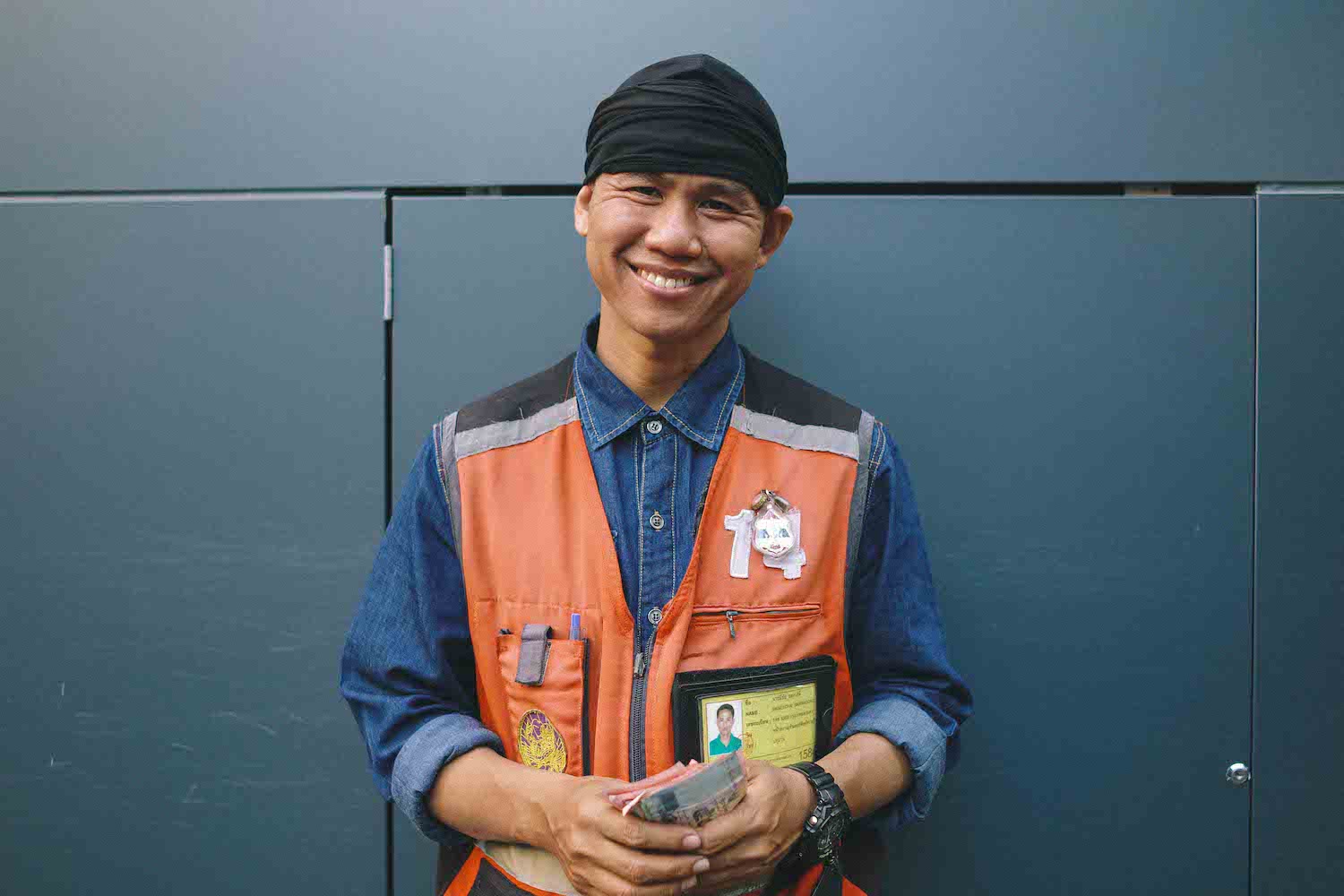 How did a typical workday unfold during this project?

On a normal workday, I would spend between four and eight hours on the streets. During the morning and evening rush hours it’s virtually impossible to take any portraits, because the drivers are completely overloaded with work and only remain at the stations for a couple of second before the next passenger jumps on the back. Many of the pictures are marked by this speed. Between peak hours the drivers have more time for a chat, and then it’s easy to document life at the individual stations.

I imagine you connected with countless people for this project. What were their reactions to being portrayed?

That’s right. Of course, each driver has his own story, and you can’t put all the reactions into one bag, so to speak. Concerning the very large majority, however, I encountered very open and satisfied characters. Even if this job is not particularly well regarded within Thai society, and even though there are many accidents because of the chaotic traffic situation, many drivers were obviously very happy with their job. The told me that they really appreciate the freedom of the work hours and their independence.  Even if the payment is not very good (a driver earns on average between 700 and 1000 baht a day; in other words, around 25€) and the job is dangerous and exhausting, I was very impressed with how relaxed and life-loving the drivers were. Quasi every driver has an accident story to tell, whether due to inconsiderate cars in traffic, or drunken passengers on the back of the bike. When asked how long they wanted to continue working on this job, the standard answers was: “Till it’s not longer possible.” 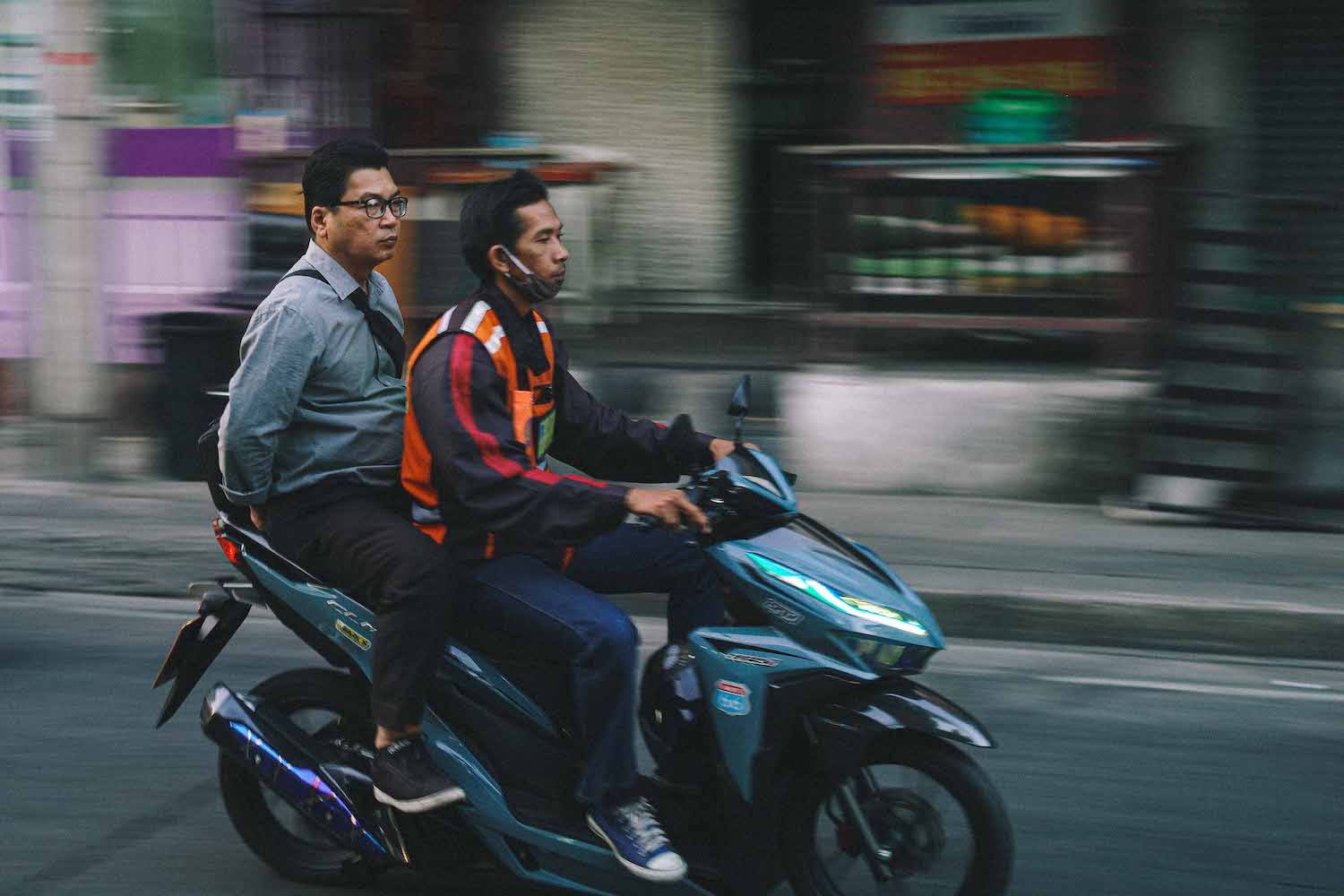 Do you like this project? Get the full photo book! Find the details here. 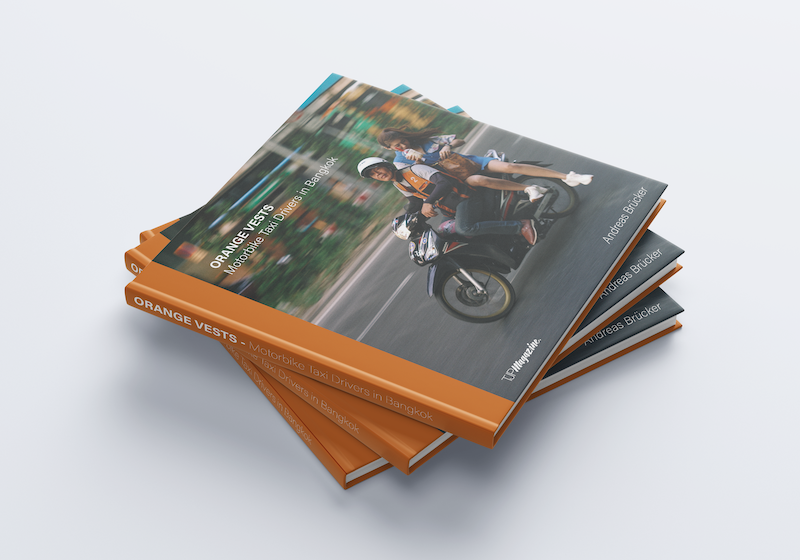 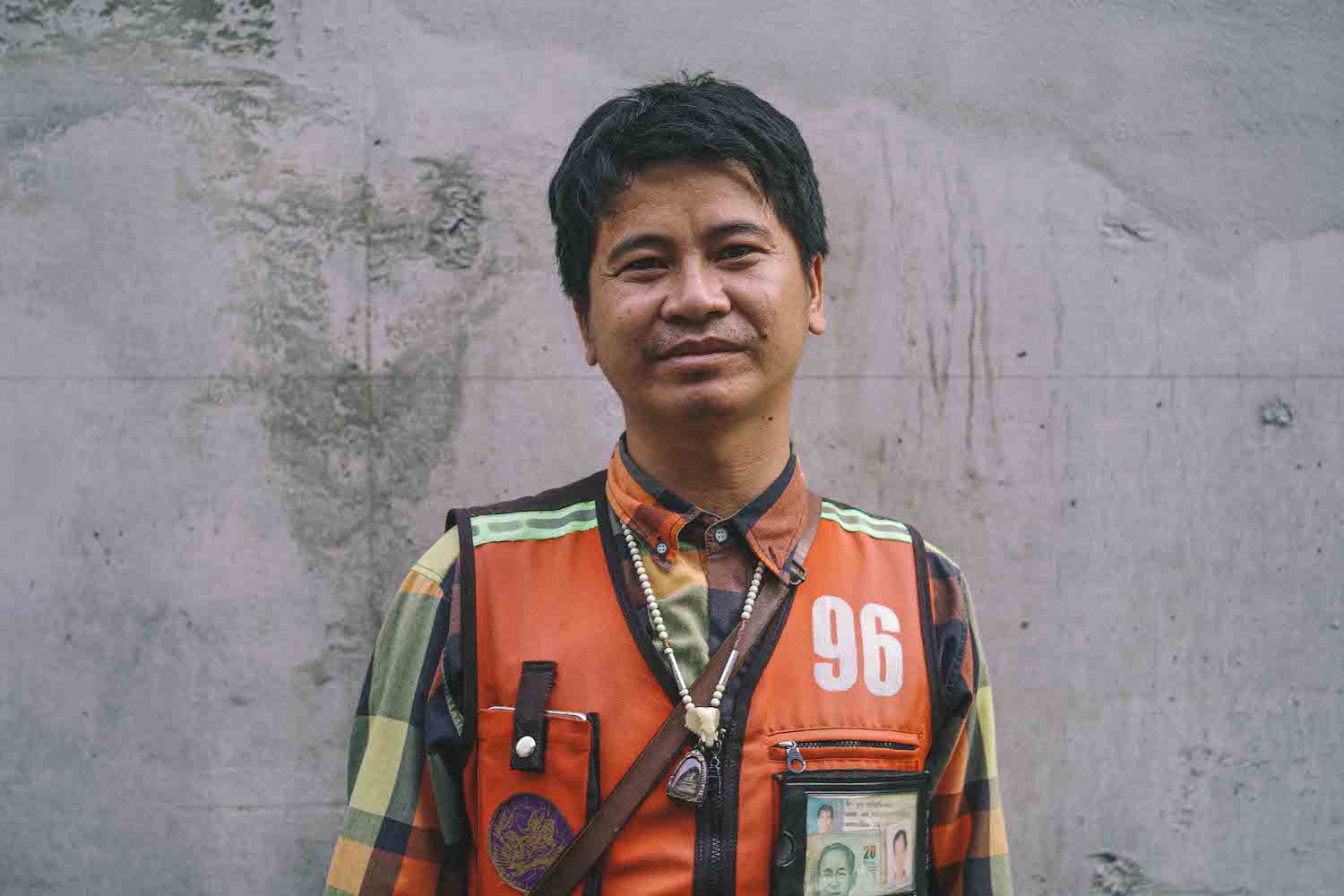 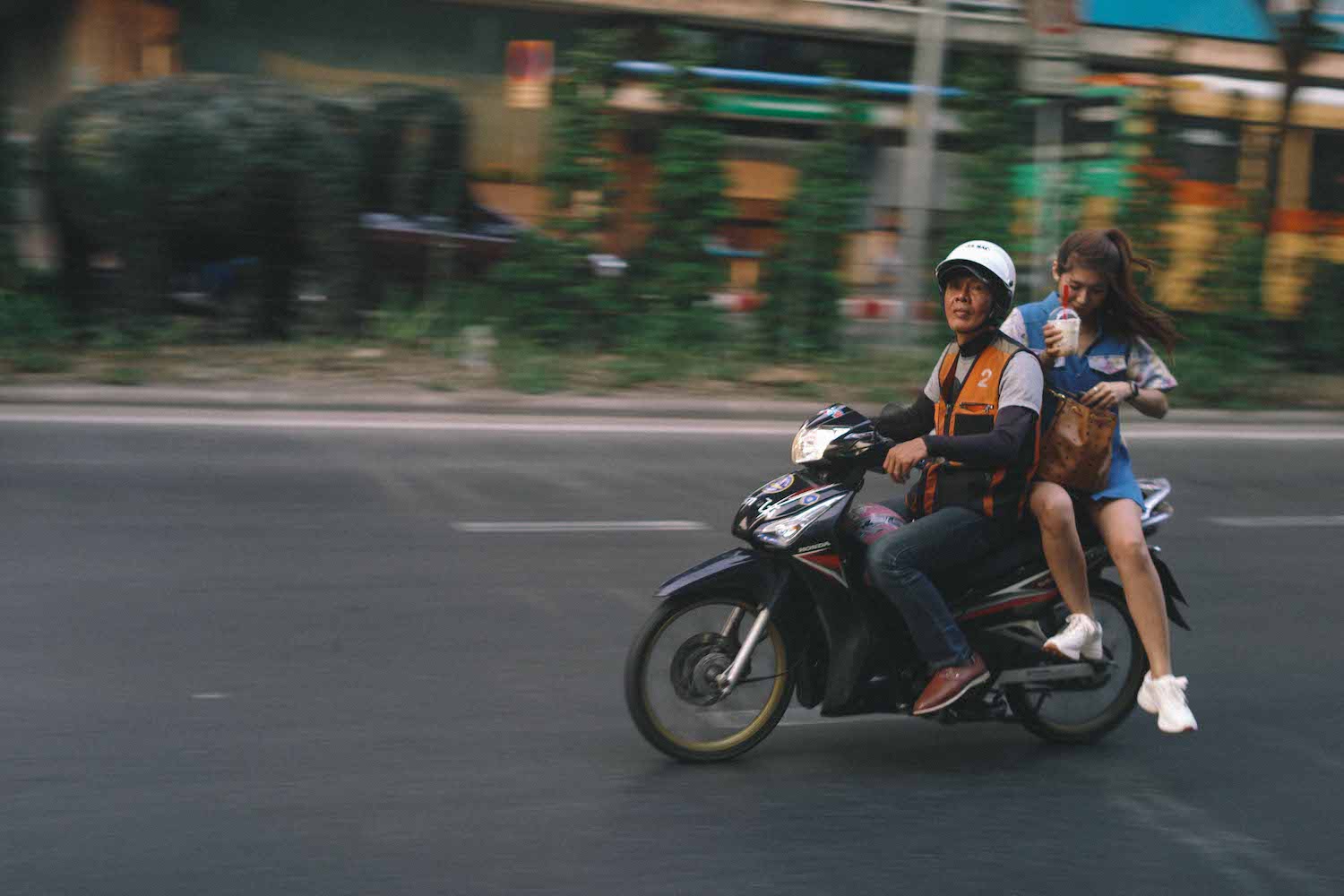 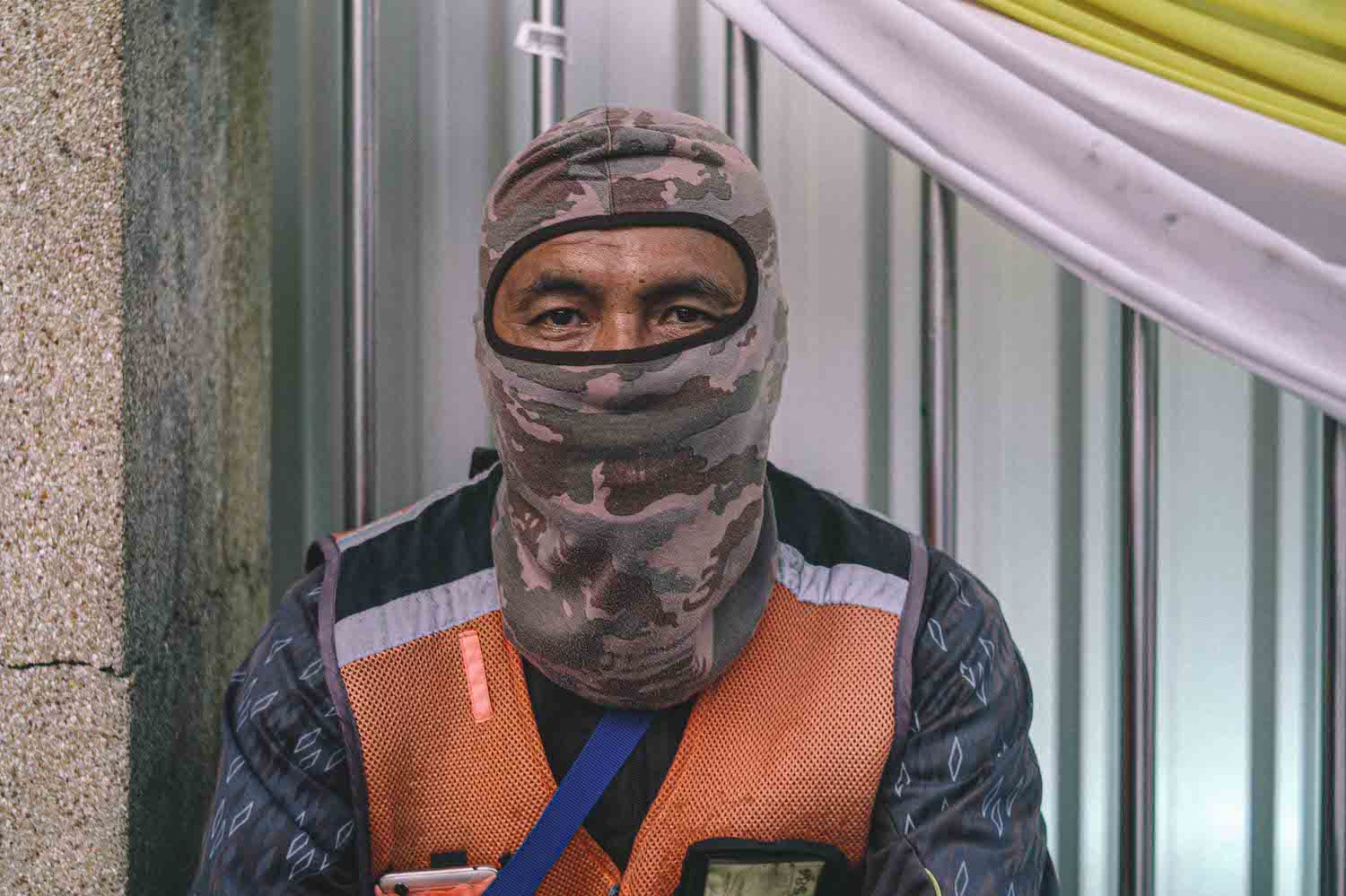 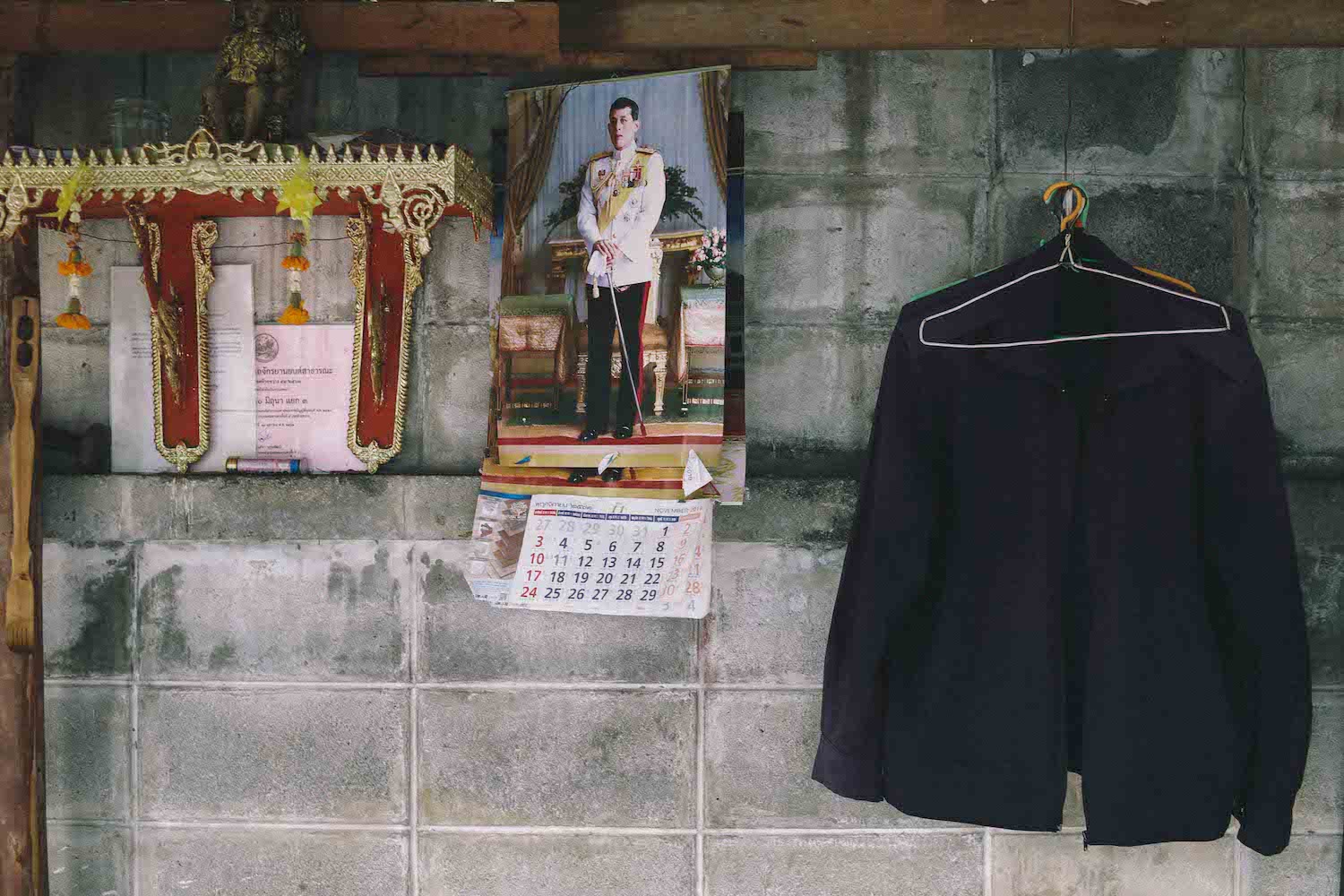 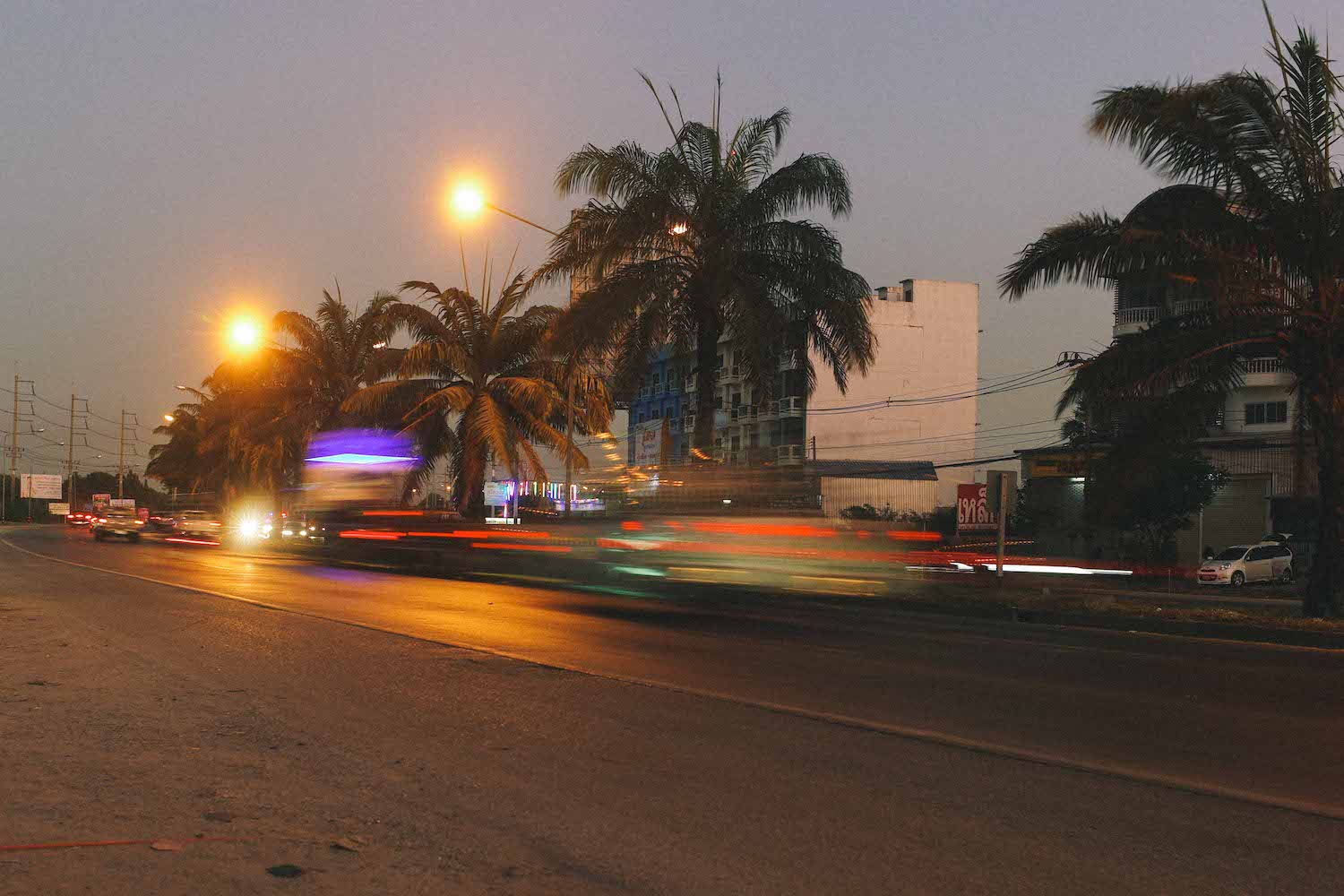 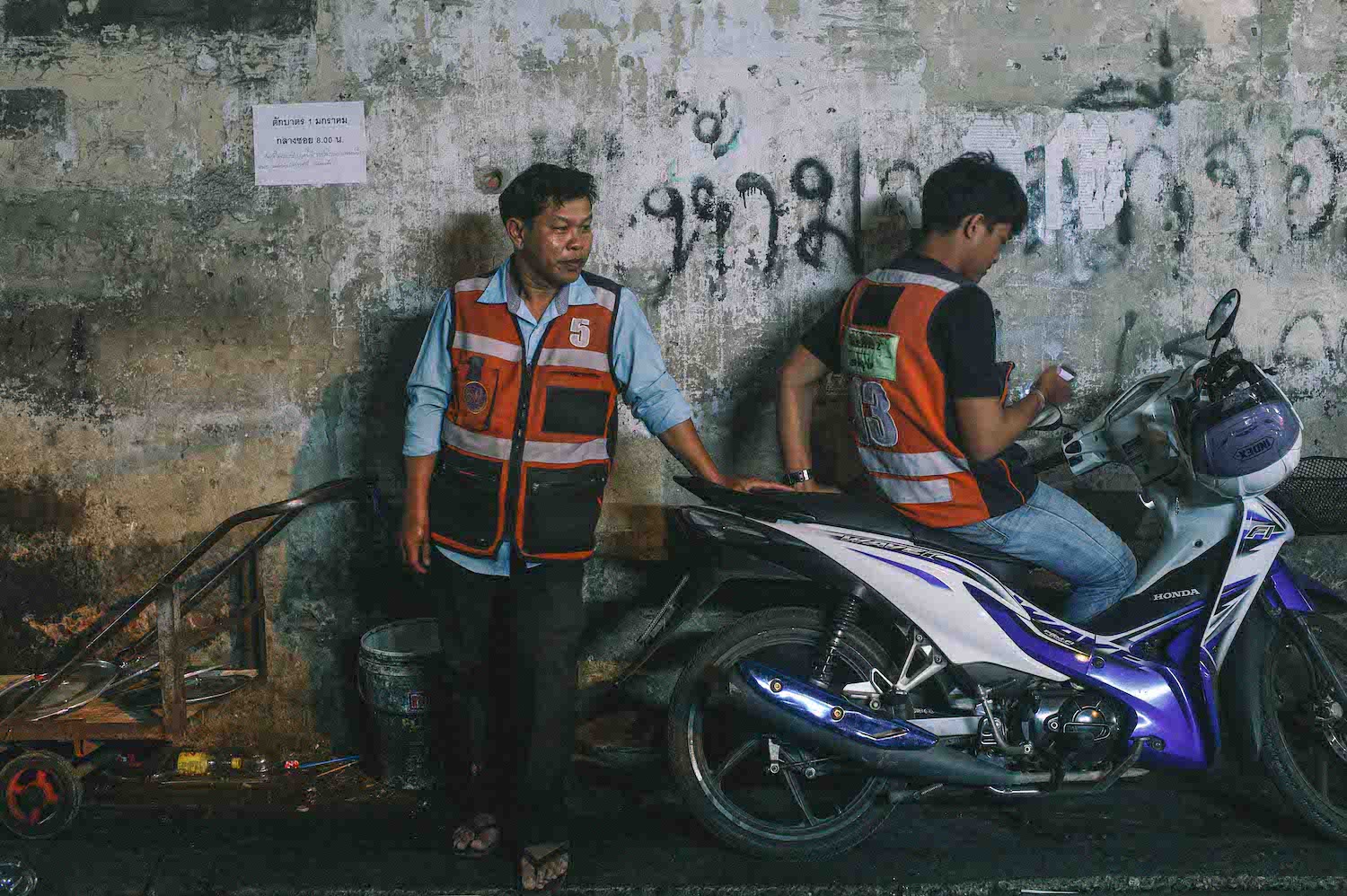 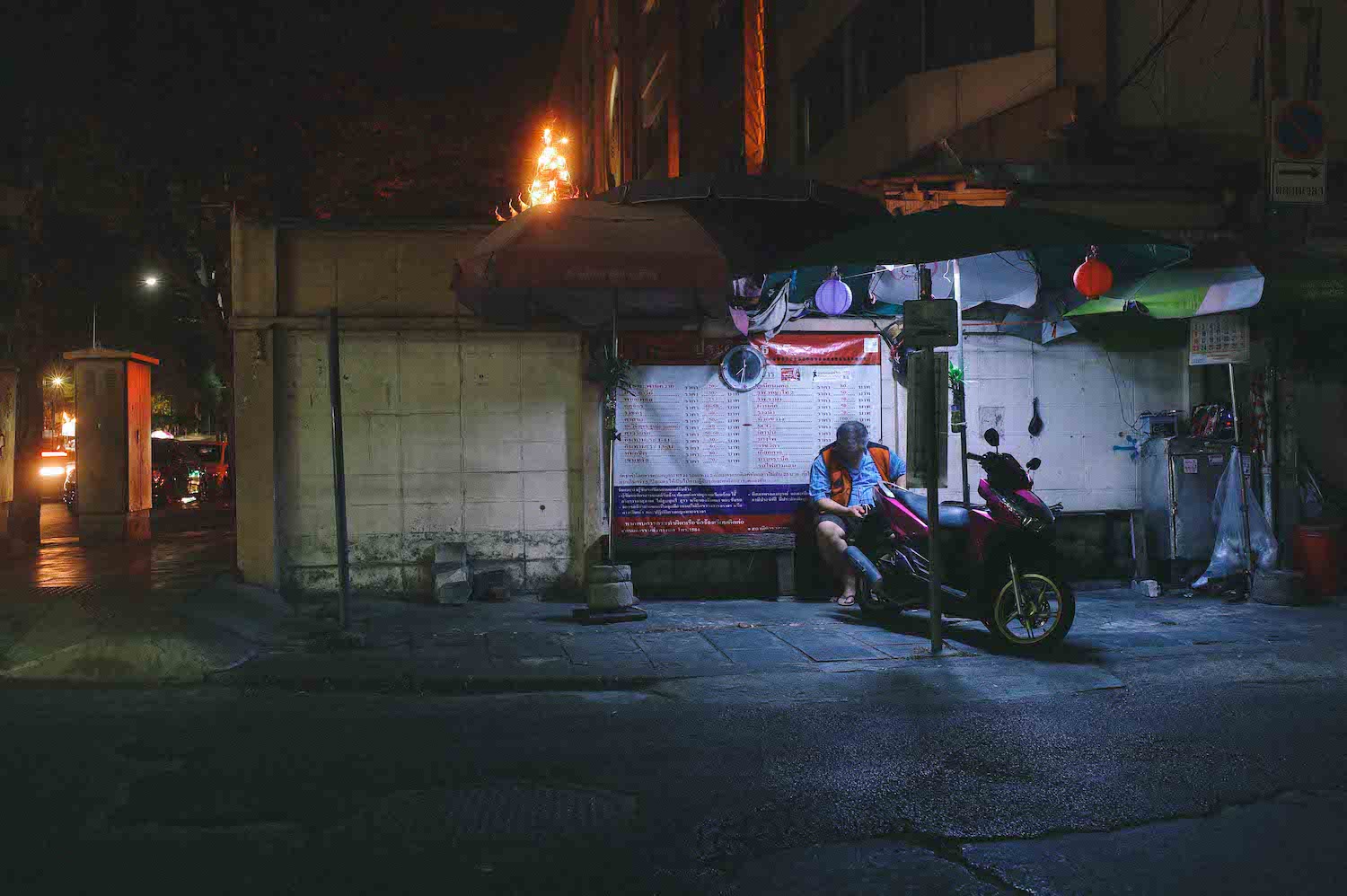