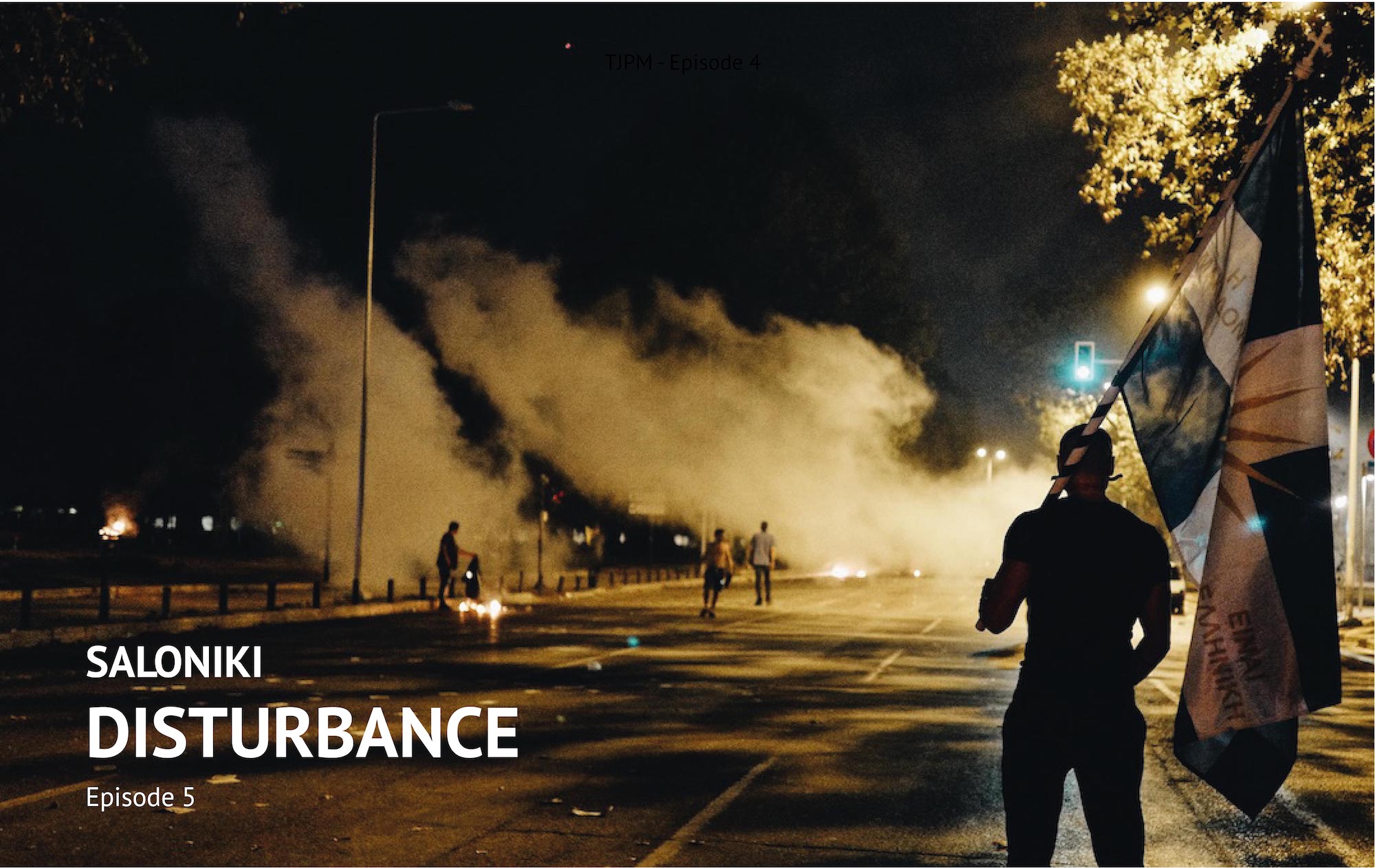 A faint breeze of tear gas drifts through the streets.
Just enough to notice that there’s something stirring a few blocks away – but not yet here.

Just minutes later darkness has fallen. The previously calm protests become increasingly tense and disturbed by shouting people and rowdy chants towards the wall of well-equipped policemen. But those armed forces are not the only ones coming prepared. The first and second row of protesters brought not only swimming goggles and spray bottles of water, but also thick wooden sticks. Initially used to hold the flags in the color of their belief, although one can only assume that it’s simply a clever way to conceal their true purpose to come in the following hours. We shall see.

THESSALONIKI, Greece (Reuters) – Thousands of Greeks protested in the northern city of Thessaloniki on Sept. 9 over a deal with neighboring Macedonia to end a decades-old dispute over its name. Greece has been at odds with Macedonia since 1991 over the name of the Balkan state, arguing it could imply territorial claims over its province of the same name, and an appropriation of ancient Greek culture and civilization. Thessaloniki is the capital of Greece’s northern province of Macedonia. The country Macedonia has called a referendum on Sept. 30 on the agreement with Greece to change its name to the Republic of North Macedonia. But many Greeks oppose any name that includes Macedonia. Police sources estimated the number of protesters at more than 15,000. 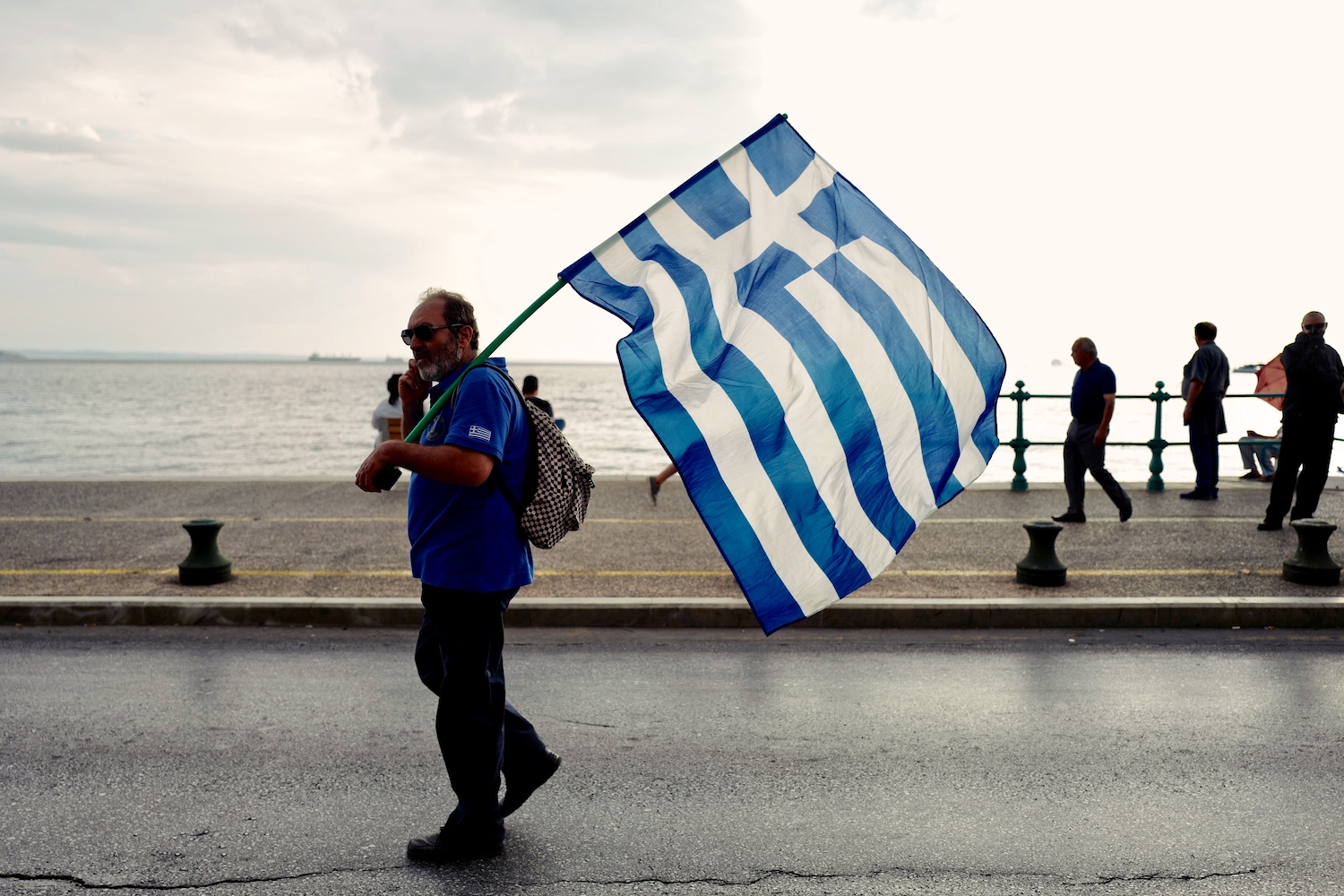 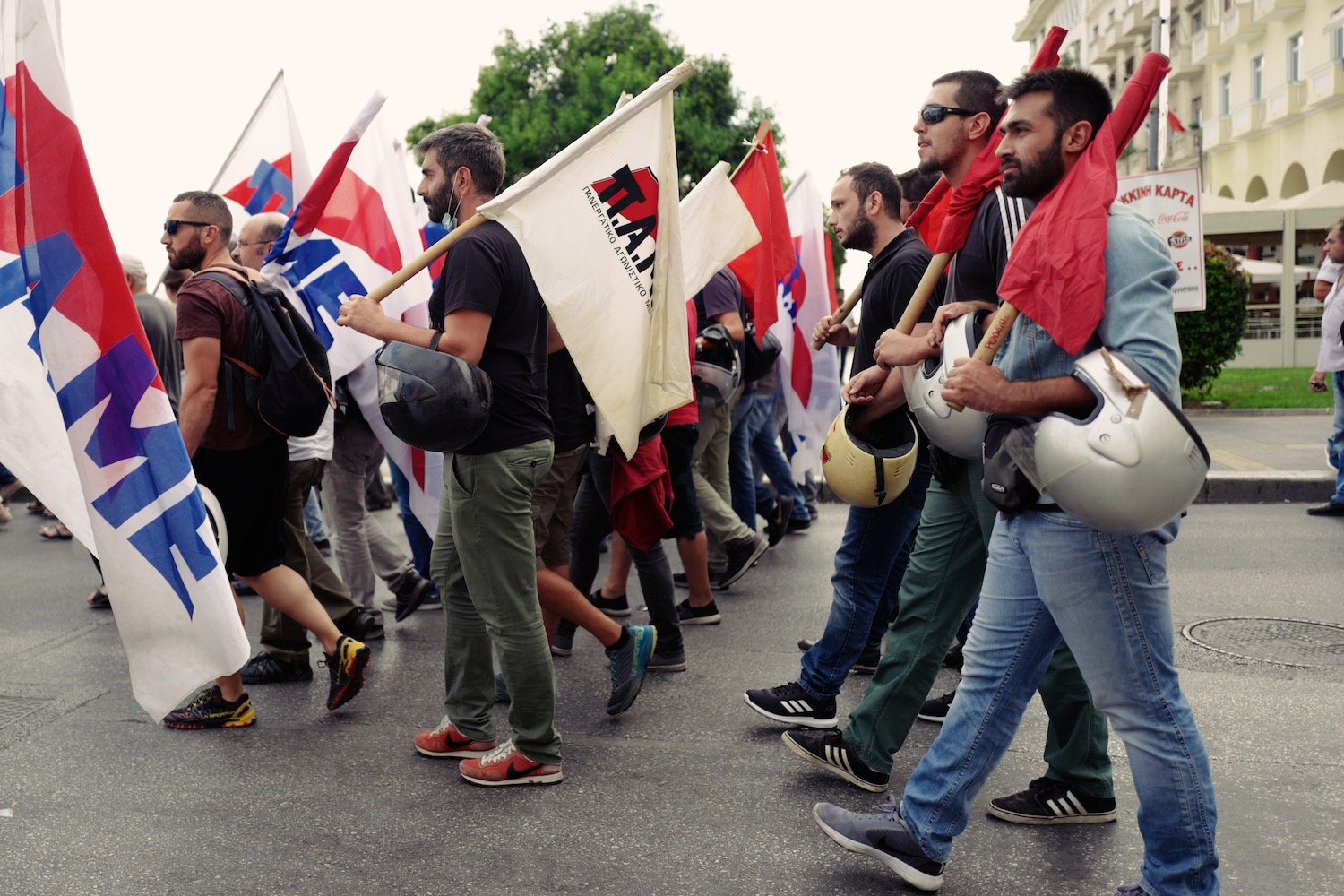 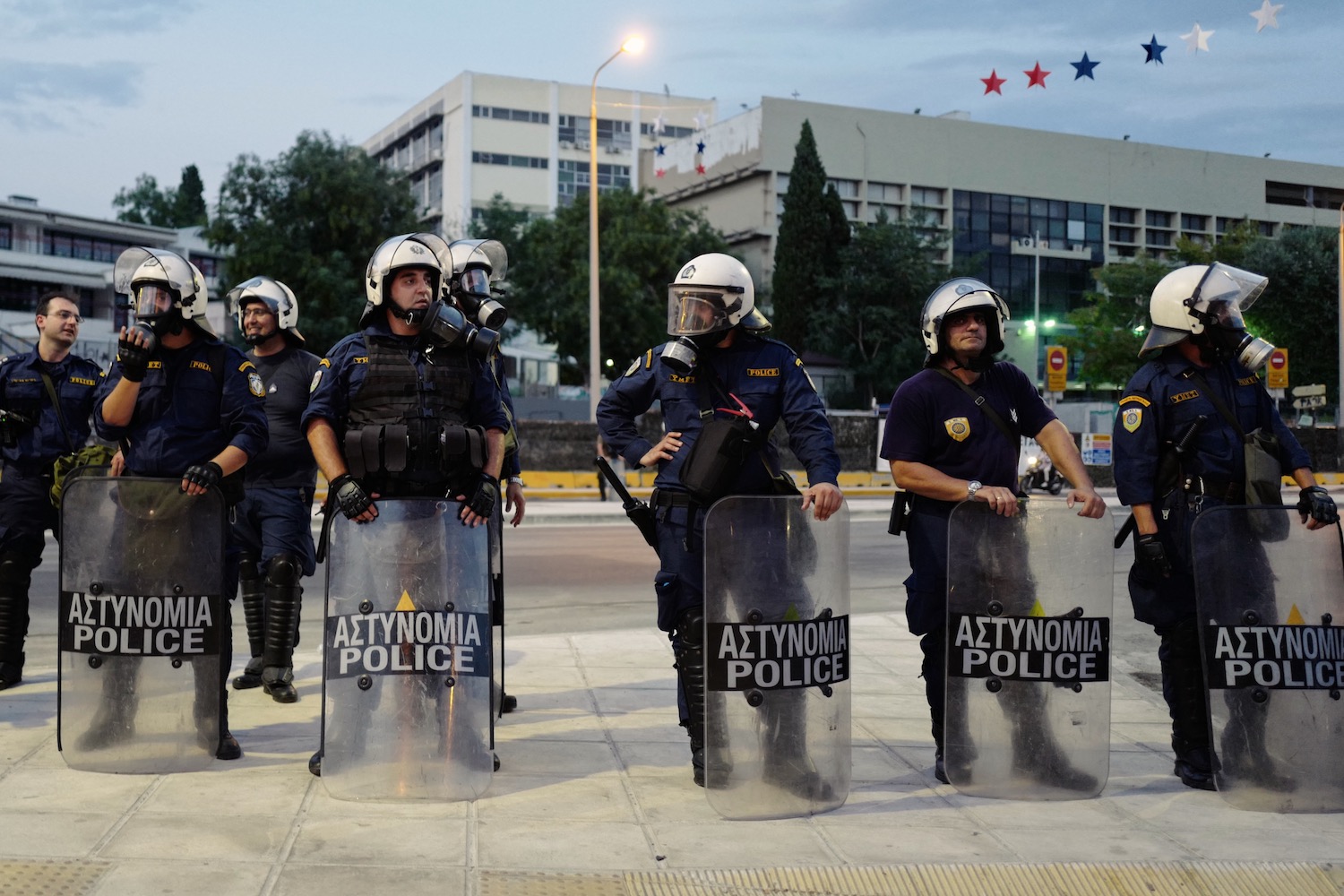 Perhaps the most surprising aspect is that the very front row of the protestors, which is changing between two trouble spots, is not dominated by the youth only. The elderly generation of Greece stands alongside their fellow countrymen – admittedly less well equipped, but surely equally loud.

Upon closer inspection, they seem to be even more engaged than the generations their junior. Clearly, resentment has been rising through time. 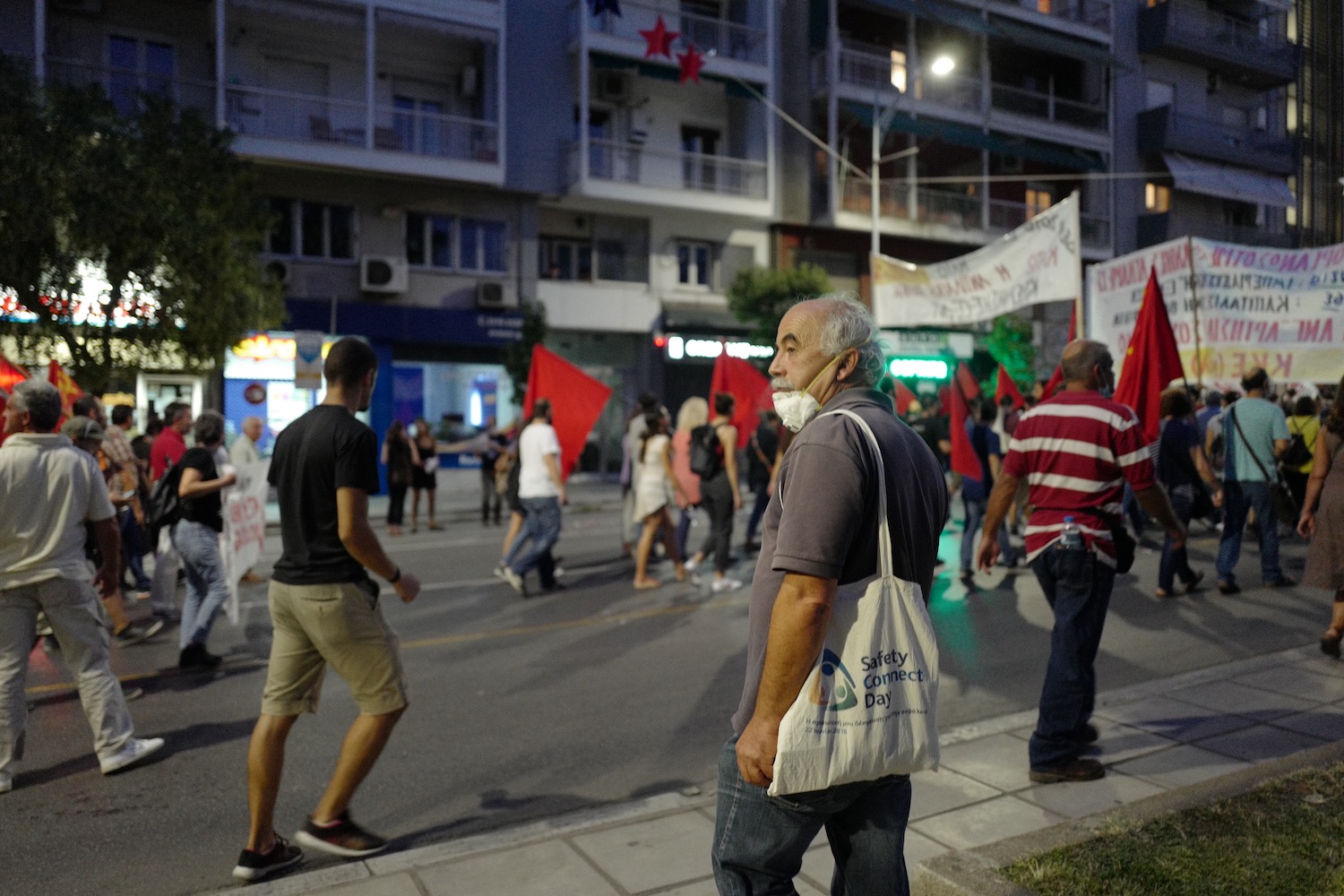 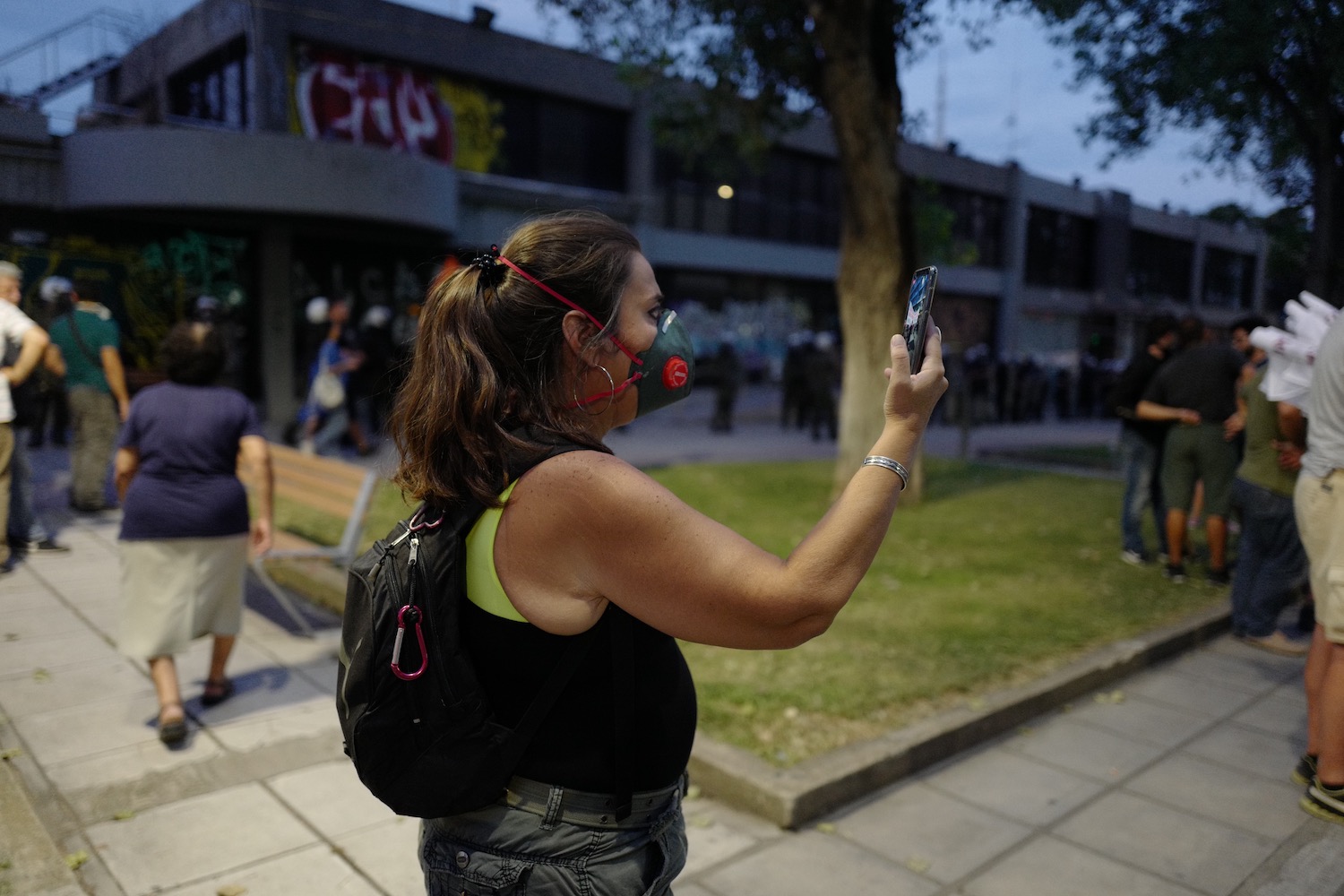 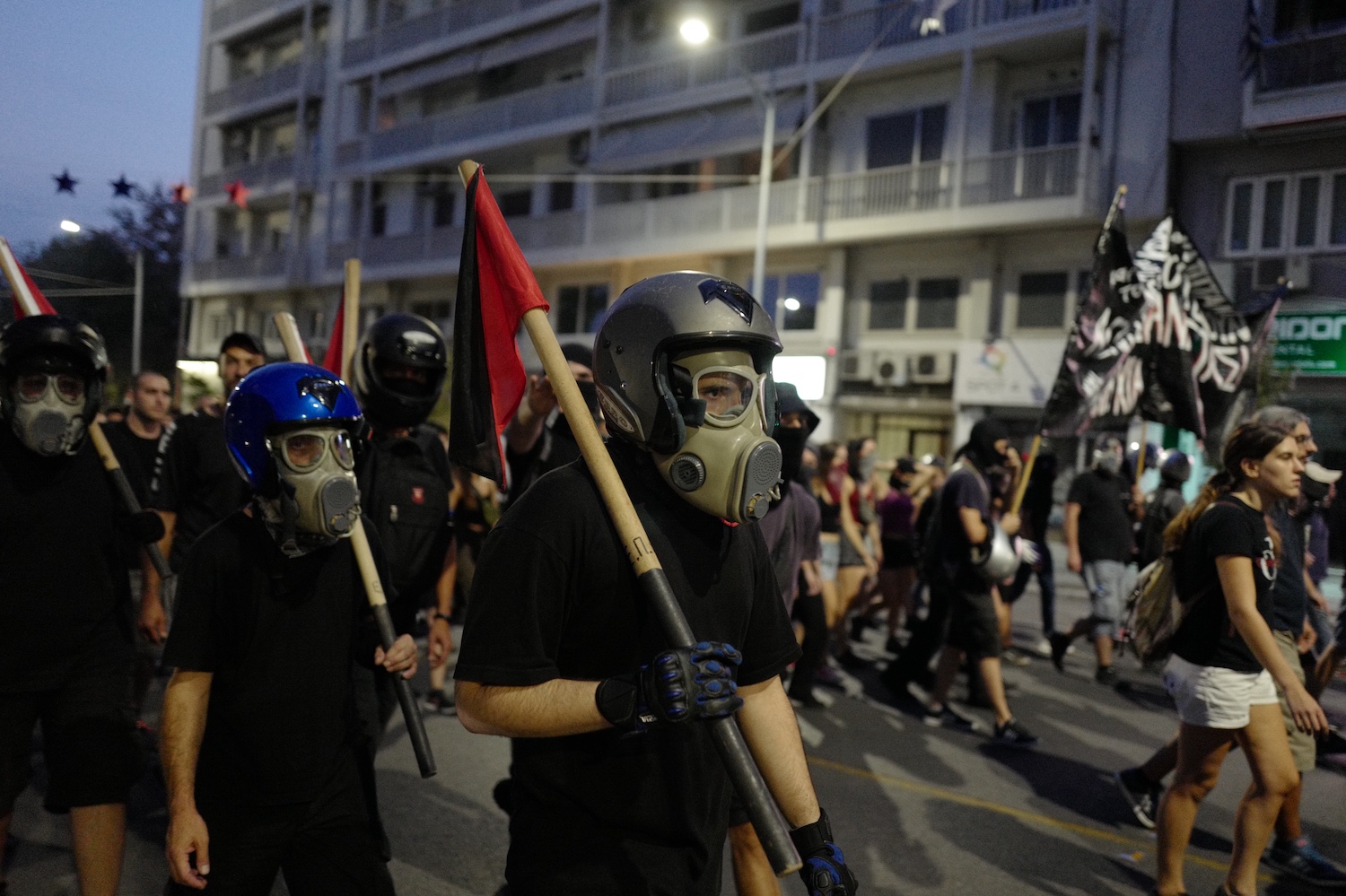 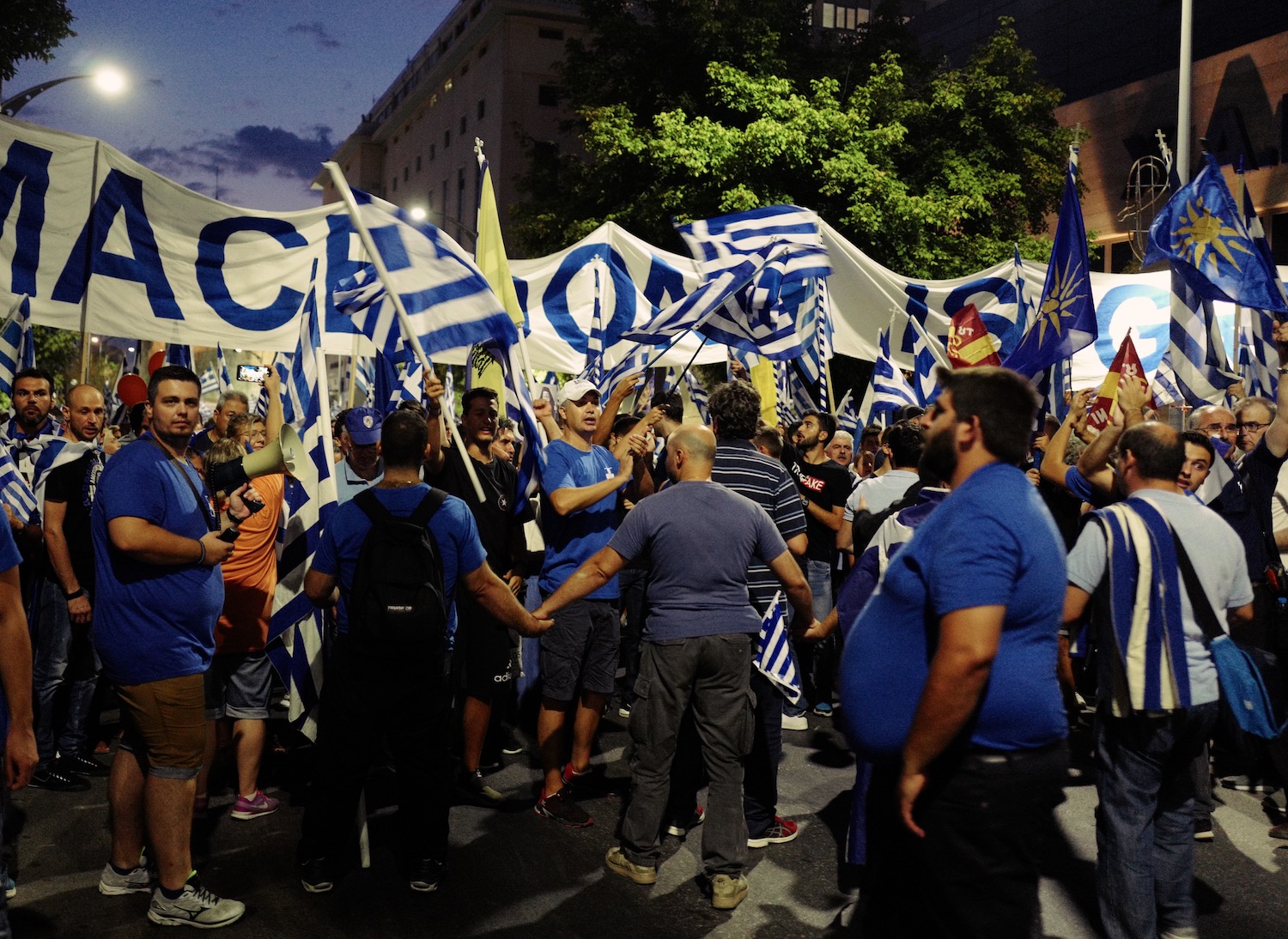 Suddenly, two loud bangs ring out from somewhere nearby.

The crowd starts running and screaming in all directions – some towards the open field where the explosions originated, others fleeing in terror. 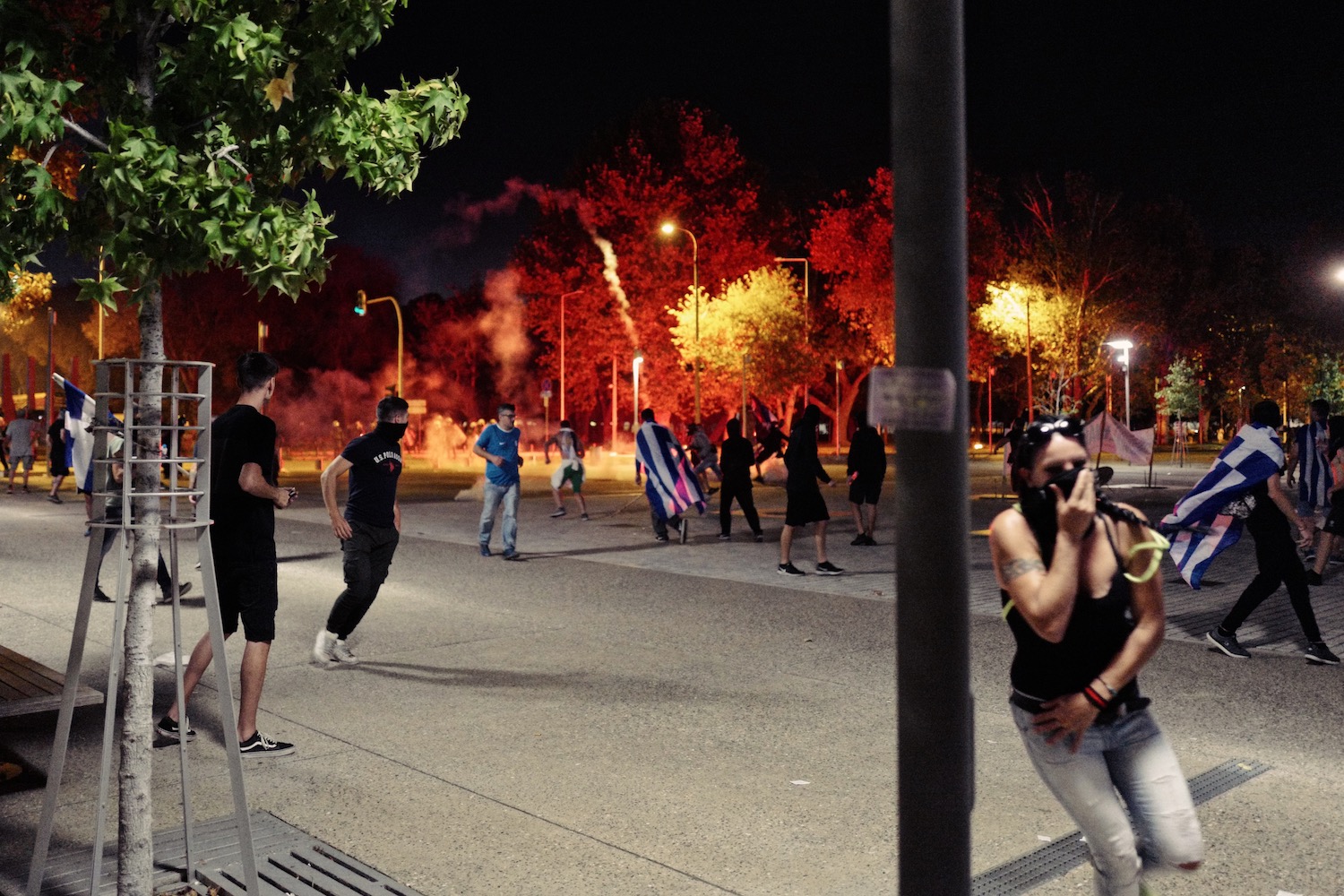 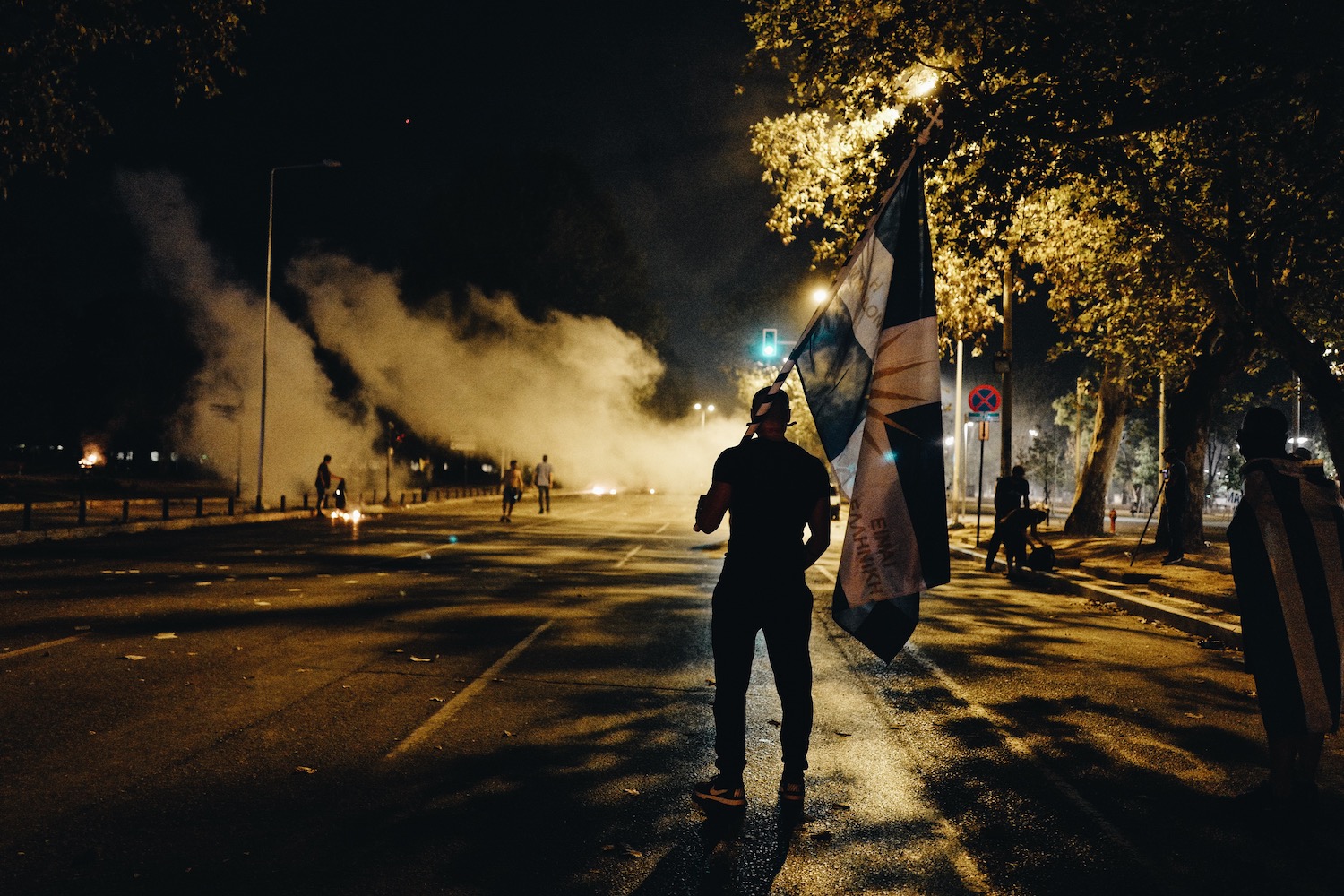 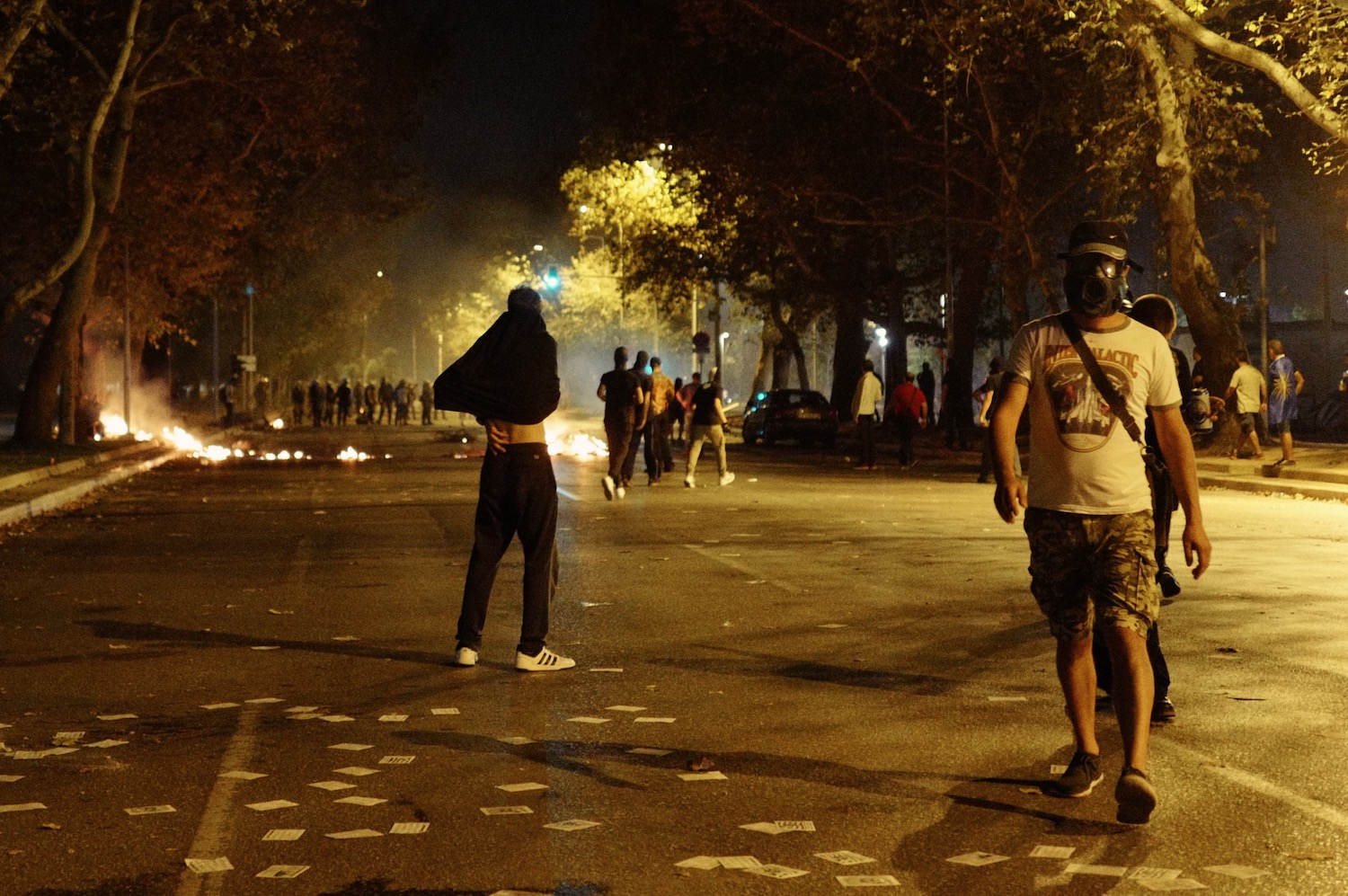 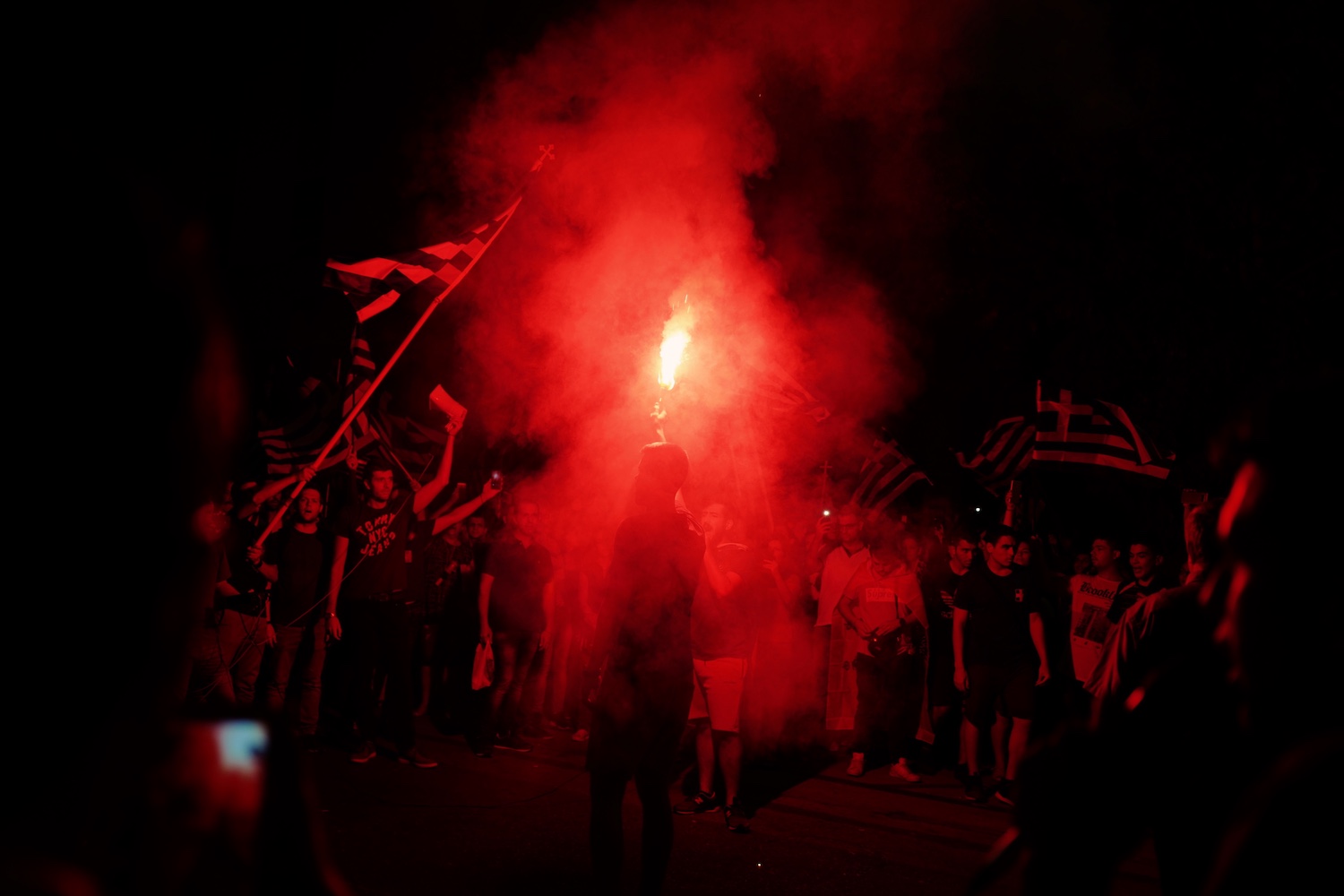 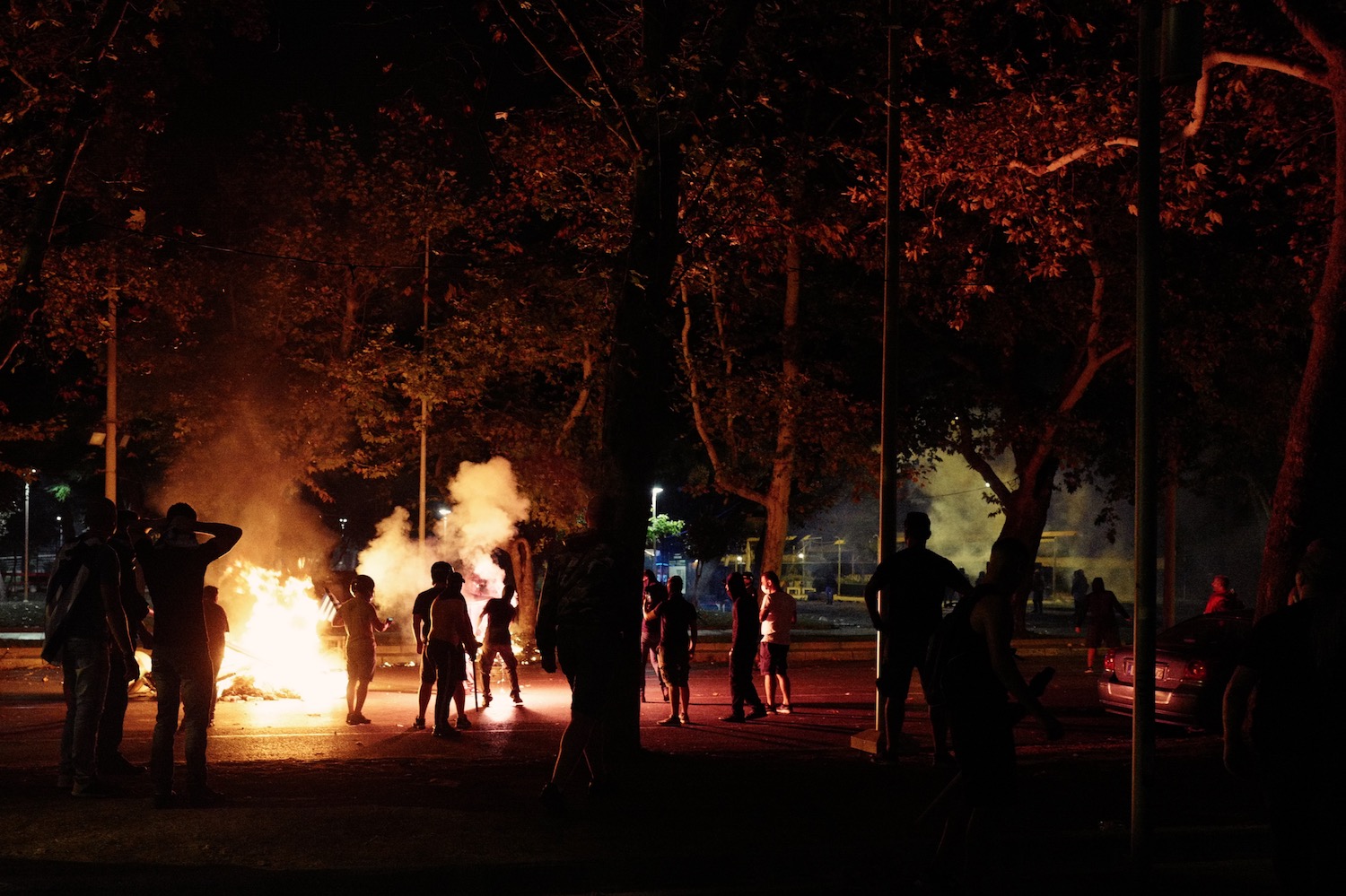 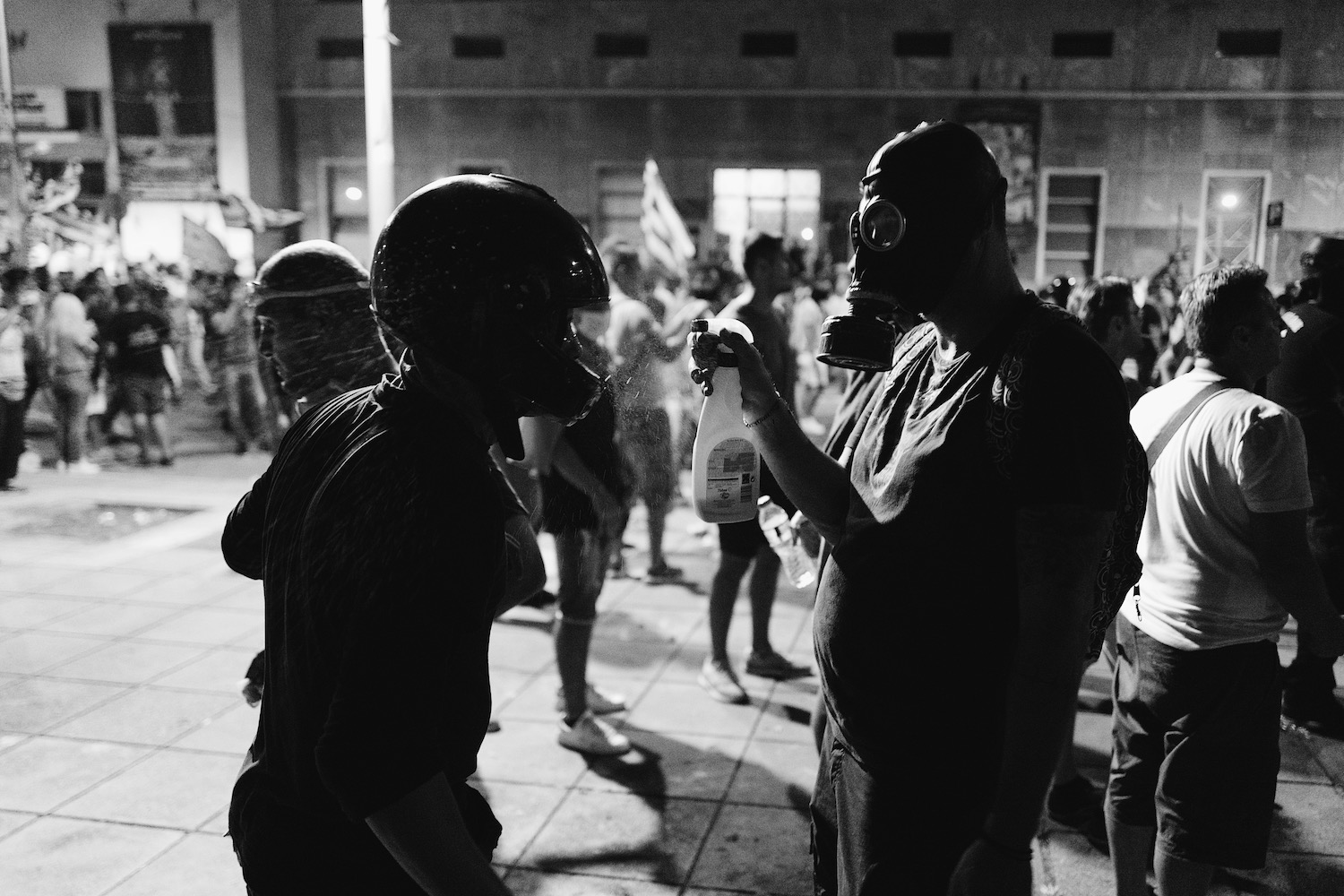 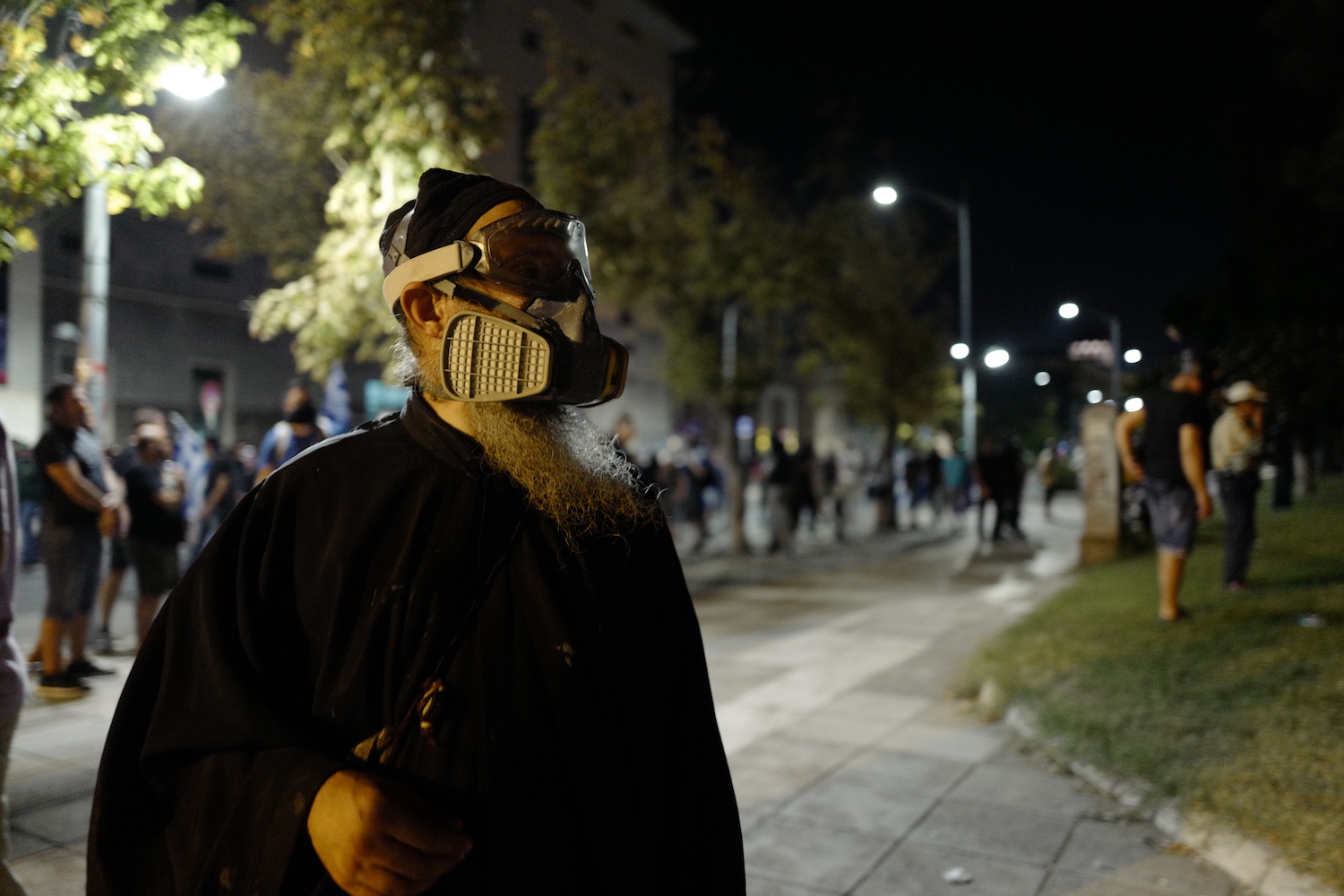 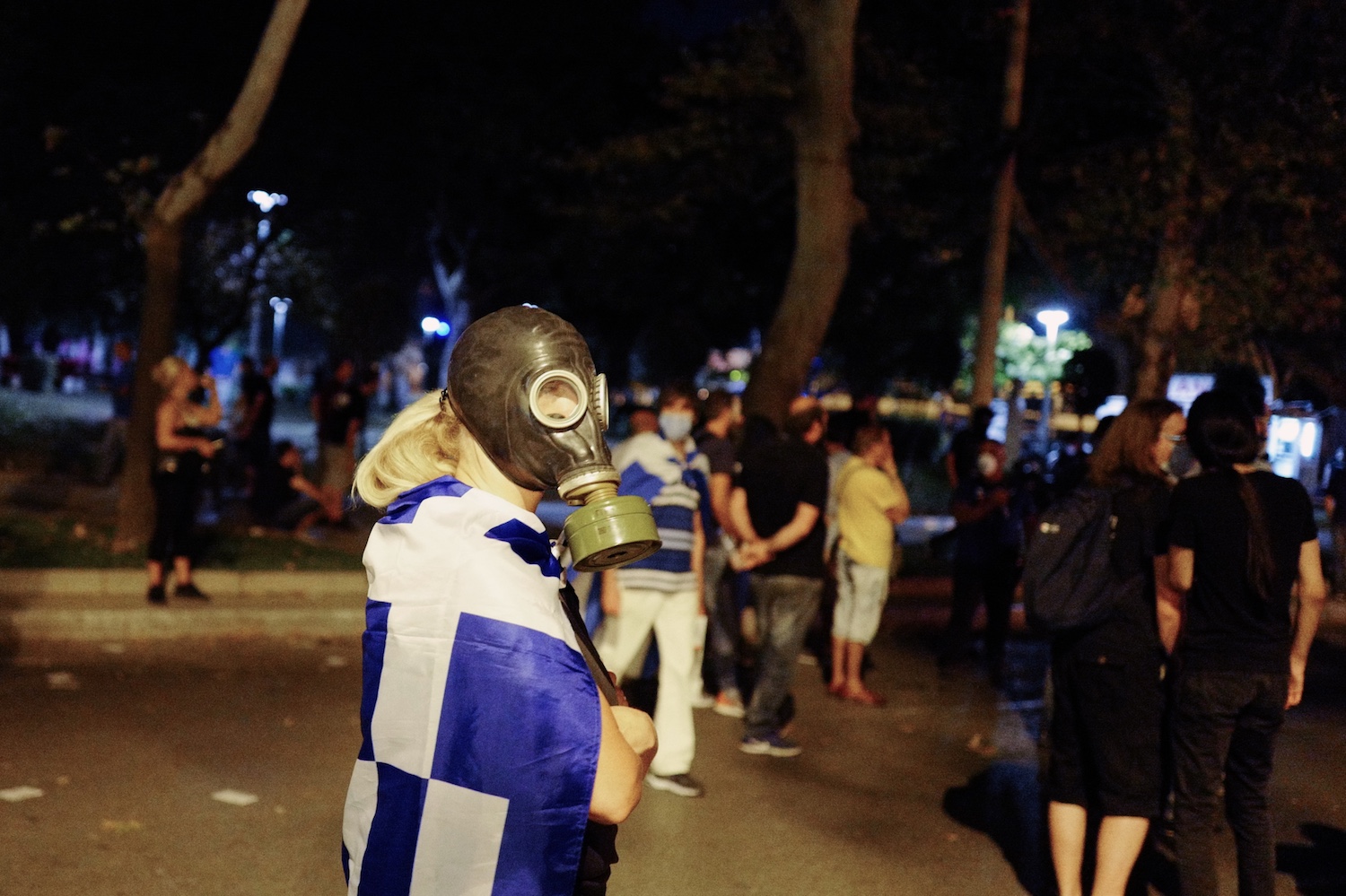 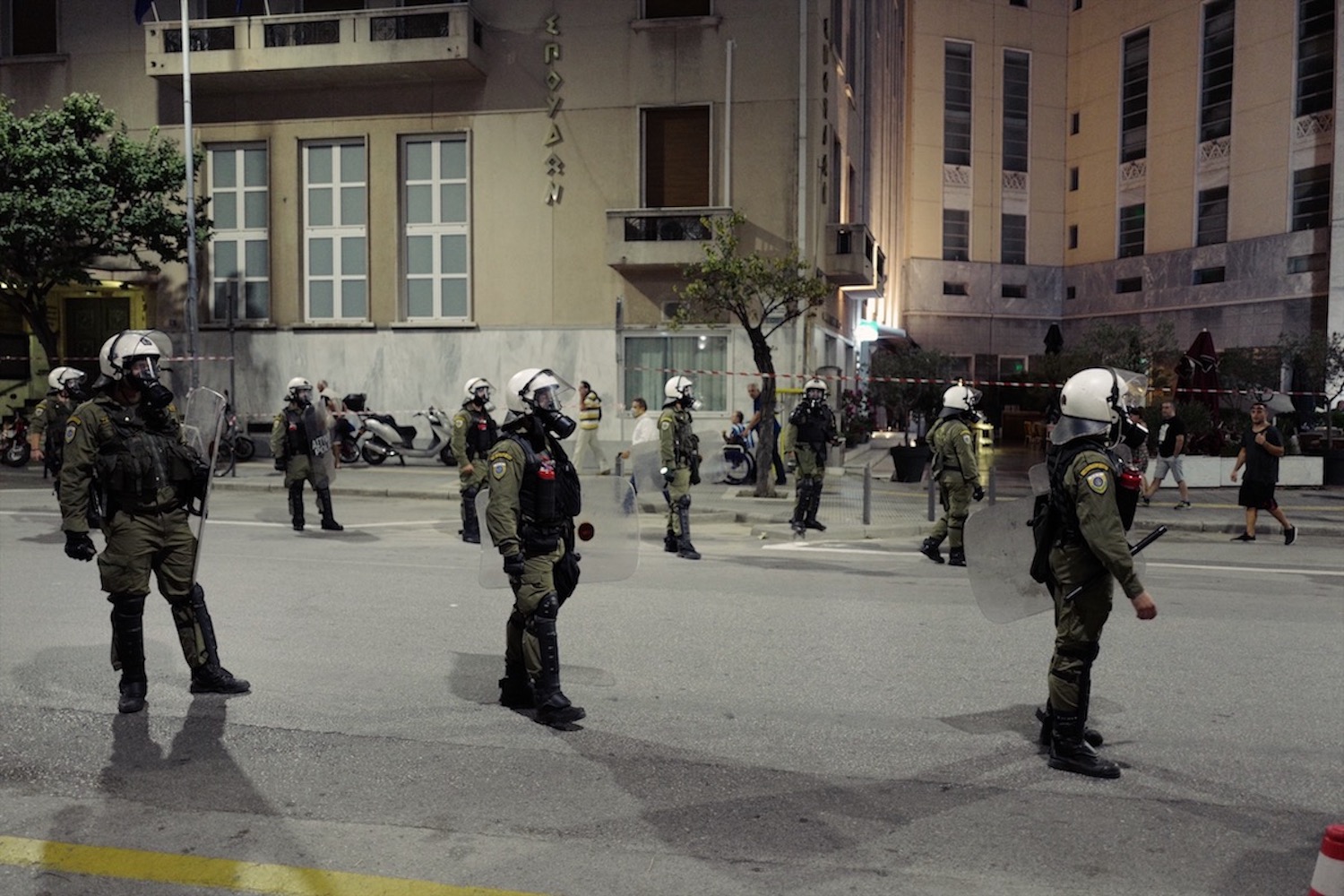 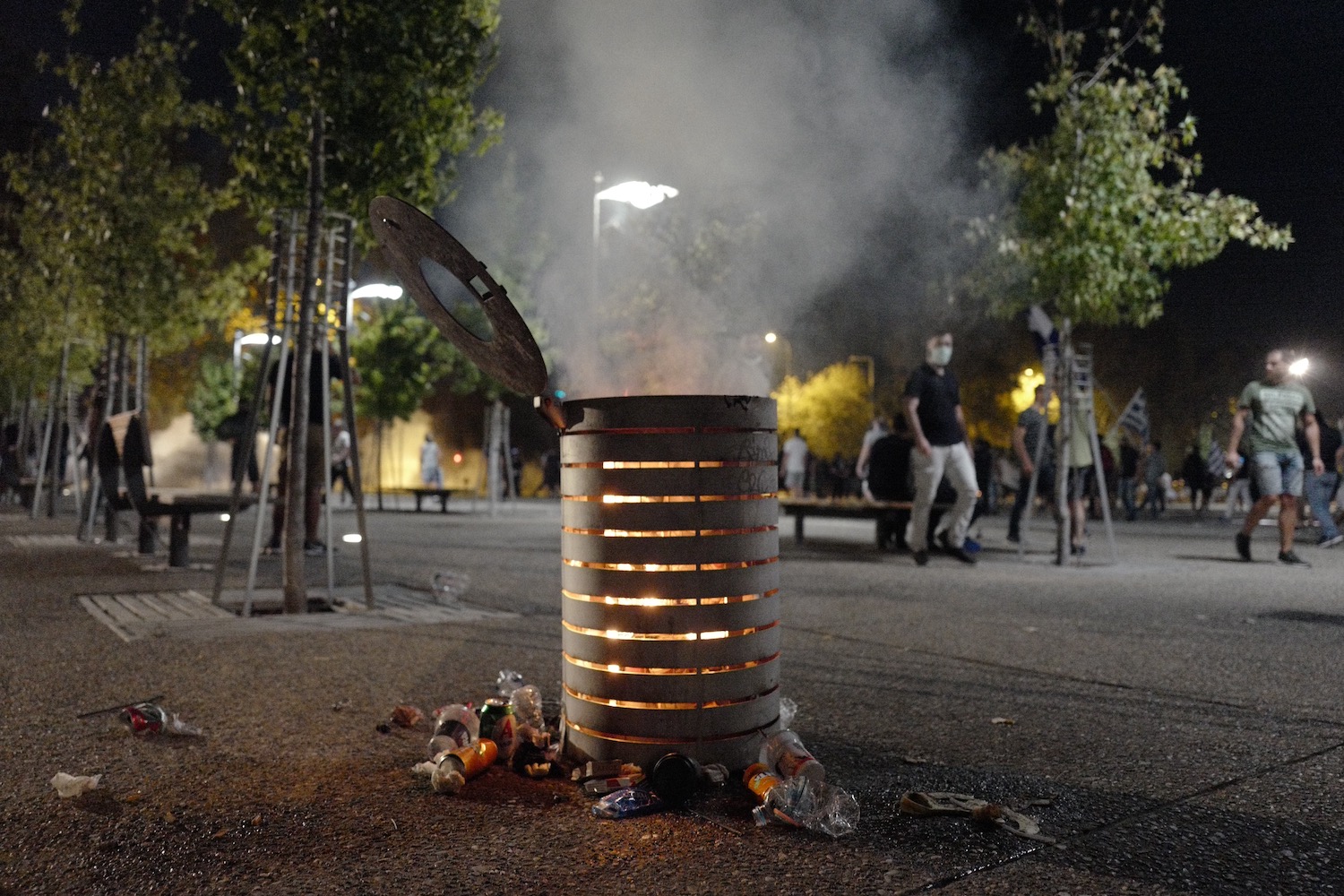 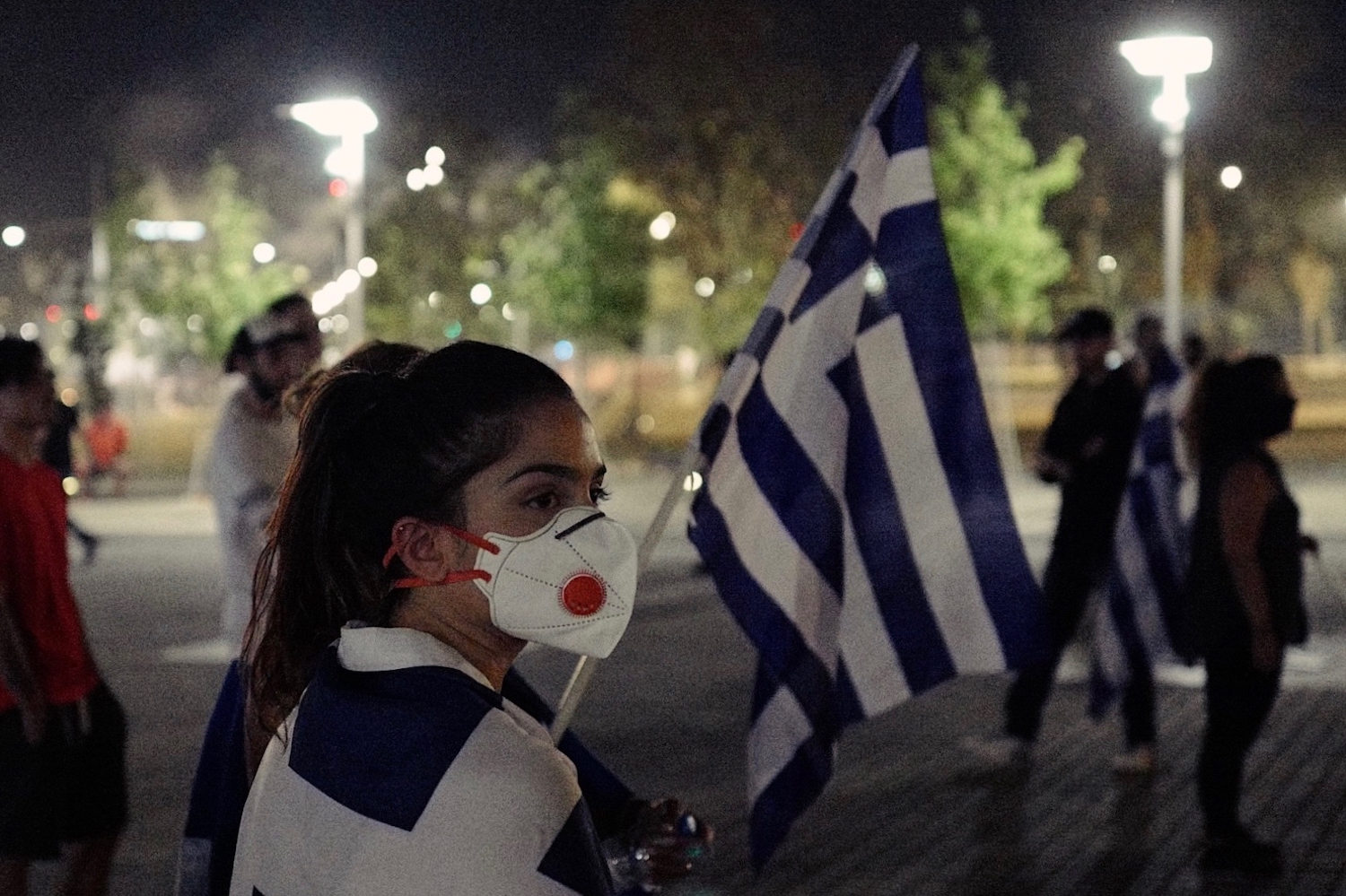 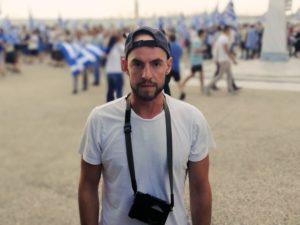 The displayed images have been taken by Andreas Brücker – Creative Director at TJPA –  during the disturbances in Thessaloniki on Sept. 9. TJP Magazine does not suggest any political direction in this episode and is very firm about its commitment to neutrality.